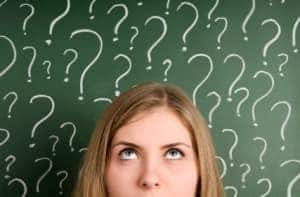 Starting in 2018, insurers of employer-sponsored group health plans and companies that self-insure their own plans will be subject to an excise tax if their plan cost tops $10,200 for single person's health coverage and $27,500 for family health coverage. Thresholds are higher for plans covering retirees and workers in high-risk jobs, like oil riggers, firefighters and longshoremen ($11,850 for an individual plan and $30,950 for a family plan).

The theory is this "Cadillac tax," as its been dubbed, will encourage companies to choose lower cost plans, and in turn free up money to pay workers higher, taxable wages. Not to mention, it will boost revenue paid to the federal coffers.

If you're a company (usually S corporations) that files personal taxes and company taxes in one fell swoop, you're sheltering a lot of income by paying these enormous health insurance premiums and deducting them from your taxes. "The IRS is saying we know you are basically sheltering income because you're paying more than double what the average rates for health insurance are in the U.S, so we are going to charge you a 40 percent tax," says Katherine Woodfield, a consumer health care advocate and author of Don't Buy That Health Insurance: Become an Educated Health Care Consumer.

In 2009, the total cost of the average family policy offered by employers was $13,375, according to the Kaiser Family Foundation. (See: "How to appeal a health claim denial - and win.")

But roughly 60 percent of large employers -- those with more than 500 employees -- believe their plans would trigger the tax in 2018 unless they take action to avoid it, according to a 2011 survey by Mercer, a human resources consulting firm.

About half of those employers, however, worry if they will be able to get their plans below the threshold.

How is the tax applied?

The health reform provision would tax all employers (both those that self-insure and those who don't) 40 percent on the amount of premiums above the thresholds. The goal is twofold: to generate revenue to help pay for covering the uninsured; and to make the most expensive plans -- which some argue encourage overuse of medical care -- less attractive.

If an employer has an excessively high premium, it can no longer use that as a giant tax deduction, explains Woodfield. For example, say a small business makes $200,000 per year. Taking a tax deduction for a $38,000 health insurance policy -- a so- called Cadillac plan -- would knock income down to $162,000 dollars, completely changing the tax bracket. Ditto for corporations. (If you are self-employed and are covered through a group health plan, the insurer of your plan will also have to pay the tax. You won't directly pay the Cadillac tax since the tax is on your insurer. )

"It's an abuse of the privilege of having the medical deduction," says Woodfield. "It's basically putting a line in the sand between where it stops being a deduction and where it starts being an abuse."

It's a big issue for employers because they certainly don't want to pay the 40 percent excise tax, and passing it on to their employees is generally not feasible, says Sandy Ageloff, health and group benefits leader for the Southwestern U.S. Towers Watson, a leading global professional services company that helps organizations improve performance.

While the tax is five years out on the horizon, it is an element of health care reform that has definitely captured employers' attention -- and if it hasn't captured their attention, it should.

How will it affect average employees?

While some employers offer high-cost plans because generous benefits are part and parcel of their attraction and retention strategy, others may have high-cost plans simply because they have an older or less healthy workforce or live in a high-cost state. And just because plans are high cost, doesn't mean they provide better benefits.

Although the tax is to be imposed on insurers and employers, critics question if the effects are likely to trickle down to consumers. Employers might toy with benefits by increasing deductibles to reduce premium costs below the threshold.

In addition, more than half of employees with insurance work for companies that "self-insure," meaning these firms pay for their workers' health bills themselves. Analysts estimate that businesses may respond by changing benefits to have lower premiums, higher deductibles and copayments and terminating employer contributions to health and flexible spending accounts.

A 2012 Towers Watson survey called Healthcare Changes Ahead asked their client base, mid- to large- size employers that have 1000 or more employees, about the excise tax. Forty-two percent said they are confident the tax will affect them. So it is a looming issue for a good number of employers.

Now employers are tasked with looking at ways to change their overall approach to healthcare. Maybe having stronger programs to promote health and wellness, improving employee participation in disease management programs, and finding ways to create a healthier employee independent population will be on the horizon. We may even see an increase in the use of consumer- driven or high-deductible account- based health plans. The goal: to make employees better consumers of health care.

"I don't think we will ever get to the place where people are as good a consumer of health care as they are when they buy a TV or a car," says Ageloff. But getting people to mitigate risks, use care differently, engage with a primary care physician, and stay out of the emergency room in favor of more appropriate care settings may be the result of the Cadillac tax.