Average home insurance rates can vary a lot, depending on where you live, your deductible amount and 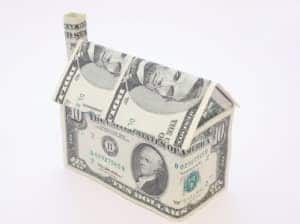 the amount of coverage you need. That’s why it’s important to have as much detailed information as possible when planning the home insurance basics for your budget. And, you want to be sure you buy enough protection to fully protect your home, so it's wise to seek guidance to prevent your house from being underinsured.

How much does home insurance cost?

Below you will find average home insurance rates by ZIP code for 75 different coverage levels. Enter in your ZIP code, then select dwelling coverage, deductible and liability amounts and you’ll get the average homeowners insurance cost for your neighborhood and desired policy limits. Further below we explain how to choose the best limits to ensure sufficient coverage. You can get a customized rate so you know what to expect to pay and can see how much you can save by comparing home insurance companies.

There are many variables to consider when buying homeowner insurance, but you typically start by deciding the coverage amount for the following:

The limits of your coverage for the following are typically a set percentage of your dwelling coverage limit as shown below:

How much dwelling coverage do I need?

When buying homeowners insurance, you should get enough dwelling coverage to match the full replacement cost of your home. The cost to repair damage to your home or rebuild it completely at equal quality — at current prices – is the replacement cost. Figuring out how to calculate home replacement cost can be a challenging task, but can be done by making a thorough inventory of building materials used for your home, using online calculators, or, you can hire an appraiser to do it for you.

How much liability coverage do I need?

Liability insurance provides a financial safety net for the household. It pays out when you and your family members are legally responsible for others’ injuries or property damage. That’s to say, it covers the medical expenses of people who are hurt while in your home or on your property, as well as damage caused to neighbors’ property. Personal liability also covers legal fees if you are sued, as well as any resulting judgments from a lawsuit, up to your policy limits.

Most home insurance policies come with $100,000 in personal liability insurance but this is rarely enough coverage. The cost to defend a lawsuit or to pay for medical expenses for a serious injury can easily exceed that amount. Most experts recommend upping your limits to at least $300,000.

What is medical payments for others and how much do I need?

Medical payments coverage pays for injuries to guests in your home, regardless of who is at fault. Medical payments differs from liability insurance in significant ways, primarily in that it is for minor incidents and comes in very low limits of $1,000 or $5,000. The latter amount of $5,000 is recommended.

What deductible amount should I choose?

The deductible your share of the repair cost when you file a claim. Your home insurance rate will be lower if you choose a high deductible. If you have a $500 deductible, you're going to pay more on your premiums than if you have a $2,000 deductible.

Going with a higher deductible will save you money. It will also reduce your home insurance claims. That’s why it’s important to know the trade-off you’re making – and be comfortable with it -- when choosing a home insurance deductible.

The highest homeowners insurance rates in the nation belong to ZIP code 33050, home to Conch Key, Florida, according to Insurance.com's analysis of average rates for nearly every ZIP code in the country.

ZIP codes in Venice, Louisiana and Pascagoula, Mississippi rank second and third, respectively, behind Conch Key, for the following coverage:

The top 10 most expensive locations by ZIP code, on average, for home insurance are:

The top 10 least expensive locations for home insurance are:

How home insurance rates are set, and why they vary by location

Home insurance companies assess many factors when setting rates. Rates can fluctuate significantly from state to state, or even neighborhood to neighborhood, depending on how insurers assess the various things they look at to calculate your rate. The biggest factors influencing the cost of homeowners insurance are:

For more information on how homeowner premiums are determined, review some of the main factors affecting your home insurance rate.

Reasons why rates are so low in some areas

While Hawaii ZIP 96813 has the lowest average rate in the nation, dozens of other Hawaii ZIP codes are also among the cheapest in the country. So, why does Hawaii have such low home insurance rates? It may be that standard home policies in Hawaii do not absorb high claims costs for hurricane damage.

“One major factor in Hawaii is the fact that most standard homeowner insurance policies do not cover hurricane damage. Hurricane Iniki, which hit in 1992 did so much damage that the majority of insurers excluded hurricane damage from their coverage. Homeowners in Hawaii now have to purchase a separate hurricane damage policy,” says Michael Barry, spokesman for the Insurance Information Institute.

Barry also points to Hawaii’s underwriting laws, which prohibit the use of credit ratings. “The fact that Hawaii does not consider credit ratings could also be a factor,” he says, “but probably has a bigger impact on car insurance rates than homeowner premiums.”

Boise, Idaho rates are low compared to the rest of the country, in part, because of the following factors, says Jim Baxter, owner of Baxter - Newell Insurance Service in Garden City, Idaho:

Barry agrees, saying, in general, that “Neighborhood watches are a factor that would be consider by insurers and can have an impact on rates. These groups help prevent vandalism and theft leading to fewer claims, and lower rates.”

He says that typically rural areas and cities with low population density will have lower home insurance rates. That’s because the cost to rebuild tends to be more affordable and insurers consider that when setting rates.

The ability of an area to successfully fight fires can impact rates as well. Well-placed fire stations with professional firefighters on staff improves a city’s rating and can reduce insurance costs over the long term, according to Barry.

Reasons why home insurance rates are so high in some areas

It’s likely no surprise that many of the most expensive ZIP codes for home insurance are in states that experience lots of severe weather. The most expensive ZIPs in Louisiana, Mississippi, Alabama, Texas, South Carolina and Massachusetts are all coastal areas prone to catastrophic storms that are costly to insurers, who then pass that cost to homeowners. Texas, Kansas, Oklahoma, Florida, Alabama and Mississippi have lots of tornadoes as well.

Naturally, the more claims paid out by insurers for damage due to wind, hail and flooding, the higher home insurance rates will be for everyone.

“Homeowner rates are based on actual and anticipated losses across the state so if a state is prone to natural disasters, it will push up the cost of insurance for everyone in the state,” says Barry. “It will have the biggest impact on areas where natural disasters tend to hit most often, coastal areas for example.”

For Florida in particular, there was a history of other issues. Aside from severe weather including tornadoes and hurricanes, Florida was seeing higher rates due to the frequency and severity of water claims associated with an Assignment of Benefit, according to the state insurance department.

Unfortunately, rates in Florida were also affected by a widespread scam that resulted in insurers paying out inflated claims rather than going to court. Here's how it worked:

But now all the AOB issues may be put to rest, as an AOB reform law goes into effect July 1, 2019.

Florida Gov. Ron DeSantis signed House Bill 7065 in late May, marking the end to a seven-year battle by the industry and reform advocates seeking a solution to escalating abuse of the policyholder benefit.

“I thank the Florida Legislature for passing meaningful AOB reform, which has become a racket in recent years,” DeSantis said in a statement. “This legislation will protect Florida consumers from predatory insurance practices.”

With every type of insurance coverage, it's true that the cheapest policy isn't always the wisest choice. You want an insurance company that is financially healthy and that has a good reputation for service.

Insure.com’s annual Best Home Insurance Companies ranking also lists top insurers. Here are the top 10, based on a survey of 3,700 customers, asking them about customer service, claims processing, value for price and if they would recommend the company and would renew their policy:

How does your rate compare to the national average?

Here are are the nationwide average annual costs for home insurance for common coverage levels:

Insurance.com in 2016 commissioned Quadrant Information Systems to field home insurance rates from major insurers in each state for nearly all ZIP codes in the country for 75 coverage levels based on various dwelling and deductible limits. The homeowner profile is a 35-year-old married applicant with excellent insurance score; new business HO3 policy for house built in 2000 with frame construction and composition roof. Other Structures: 10%. Loss of Use defaulted: 10%. Guest Medical limit: $5,000. Personal property: 50% of dwelling coverage for replacement value.