Home / Health Insurance / Is Short Term Care Coverage Right For You?
See how much YOU can save

Is short-term care coverage right for you? 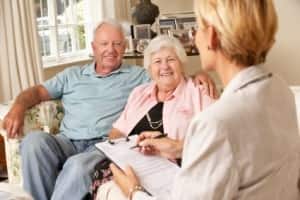 Even short-term care can cost you many thousands of dollars quickly.

Among the biggest selling points of this limited coverage: price. Here are typical premium costs, according to the American Association for Long-Term Care Insurance, a trade group:

Simplicity could be another advantage for some buyers. There’s no medical exam required, so the application process is faster and simpler, compared to the process for long-term care insurance. Typically, applying for short-term care involves just filling out a short questionnaire. You can also still buy short-term insurance up to age 89, while most long-term care policies cut off applicants at about age 75.

Applications are usually between seven and 10 questions about your health. The company approves or denies you based on how you answer those questions.

It might be harder for you to find a short-term care plan than a decade ago. The long-term care insurance market is shrinking. About 20 years ago, long-term care insurance was a standard offering, but now just a dozen or so companies sell such policies. That’s because costs were underestimated for the plans, so companies were losing money, and their investments were dinged when interest rates dropped after the 2008 recession, so many have opted out of selling it.

How does short-term care work?

It’s pretty straight-forward: you pick a benefit amount, usually offered in $10 increments from $50 to $300 per day, and the number of days (up to 360) that you want to receive the benefit.

The majority of policies go into effect immediately. That means the policy pays on the very first day you qualify for benefits. Most traditional long-term care insurance policies (about 94%) are sold with a 90-day deductible that must be met before benefits are paid.

The triggers for benefit eligibility for short-term care insurance generally are the same as they are for long-term care coverage. The policy pays for care when the insured can't perform at least two of six "activities of daily living" without help -- eating, bathing, transferring in and out of a chair or bed, dressing, toileting and continence -- or has a cognitive impairment.

Short-term care buyers: Who are they?

The American Association for Long-Term Care Insurance suggested people who may be interested in short-term care insurance include:

Depending on the company, you must be somewhere between 40 and 89 years old. Some companies limit applicants to further, such as not allowing people to have a plan beyond 85.

As with any insurance purchase, research companies carefully. Some insurers are much easier to work with when it comes time to file claims than others. Look at company track records for complaints, and read the fine print to find out exactly what is covered and what isn’t. You’ll also want to decide how much you can pay yourself for care when calculating how much coverage you’ll need.