Home / Health Insurance / Survey: Most People Misunderstand Long Term Care Insurance Coverage, Costs
See how much YOU can save 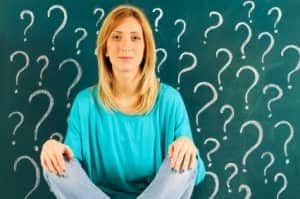 Most people are woefully unprepared to cope with long-term care needs and expenses, according to a study released this week by a major insurer.

Northwestern Mutual's report, based on a Harris Interactive survey of more than 2,000 people nationwide, found that 41 percent of those questioned admitted they're confused about how to approach future long-term care challenges. They are also failing to actively build a strategy for long-term care needs, despite the possible personal and financial consequences.

The study also showed that about one person in five (18 percent) said they are currently taking care of a family member or friend. Although these care-givers are willing to help those close to them, they're stressed by the responsibility, according to the survey.

Beyond suggesting that two out of five people are perplexed into inertia, the survey made other key points, including:

"In fact, when asking people with no care-giving experience about a range of possible implications of long-term care -- from financial to lifestyle to career -- nearly a fourth (23 percent) reported not being sure at all what the implications would be, if any," according to the report.

The survey also looked at the personal impact of assisting someone who is sick or aging, finding that:

The report offered some insight into who is being proactive in preparing for the future, including buying long-term care insurance. Here are some of the prime points:

Steve Sperka, Northwestern Mutual's vice president of long-term care, says long-term care insurance can help with expenses down the line. Here are four things to consider with the coverage:

1. Sooner may be better than later

Jesse Slome, the executive director of the American Association for Long-Term Care Insurance, says rates go up as you grow older. If you want long-term care insurance, he advises purchasing it while you're young enough to qualify for better deals. Slome says you should buy, or at least start researching it, when you're 55.

One reason long-term care insurance gets more expensive when you're older is because you're more likely to develop health problems as you age. And any medical condition may result in being denied by insurers unwilling to take you on as an underwriting risk.

Health insurance, including Medicare, can't be counted on when you need long-term care. Medicare generally doesn't cover it, and Medicaid will pay for a nursing home stay only after you've exhausted most of your assets.

3. Consider "short and fat" if you're on a budget

You choose how many years the benefits last and how much you can spend each day when buying a policy. "Short and fat" coverage means the benefits last for a shorter amount of time, but the daily amount that can be used is bigger than "long and thin" protection.

Men, average age 65, are expected to need some type of long-term care for 2.2 years; women, also 65, will require 3.7 years of care, according to the National Clearinghouse for Long Term Care Information. You may risk benefits running out with a "short and fat" policy, but you'll keep greater buying power in the early years. You run the risk of not having enough daily benefits for the care you need with a "long and thin" policy.

Slome and others in the field recognize that long-term care insurance is complicated. If you use an adviser, find one who sells coverage from multiple companies, so that you can compare rates and benefits.