Home / Auto Insurance / Got $1,000? Buy A Crash Avoidance System For Your Car
See how much YOU can save 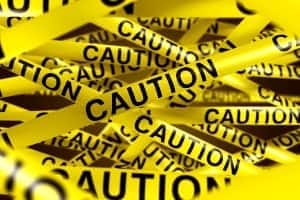 Crash-avoidance systems have been reserved for newer vehicles, mostly luxury models. But now anyone with a 2000-model car or younger and willing to buy one can have the safety technology installed.

Safe Drive Systems recently announced its Premier product, which uses radar to monitor the highway and let drivers know if obstructions or dangerously slowing traffic are imminent. Rona Aharonson, the CEO for the New York City-based company, says Premier can scan up to 460 feet ahead and checks the road 20 times a second. Drivers are alerted of hazards by audible warnings and a flashing light from a dashboard device, installed close to the steering wheel.

The basic system costs about $1,100 to install in most vehicles, model year 2000 or later. A more expensive system, called Premier Plus, is about $1,700 and adds lane-departure technology, says Aharonson. Lane markings are scanned through a camera placed near the windshield, alerting motorists if they're veering out of their lane. Safe Drive Systems notes that, like factory-installed crash-avoidance technology in higher-end cars, drivers can cancel the system by shifting the turn signal.

Collision-avoidance technology using autonomous braking, especially when combined with adaptive headlights, reduces crashes more than any other safety system, according to the report "They're Working: Insurance Claims Data Shows Which New Technologies are Preventing Crashes" by the Insurance Institute for Highway Safety (IIHS). Its findings are based on Highway Loss Data Institute (HLDI) studies.

The HLDI evaluated the self-braking systems offered by Acura, Mercedes-Benz and Volvo and found that property-damage liability claims fell by 14 percent compared to cars without.

Premier and Premier Plus do not have autonomous braking, but Aharonson says that could be a future enhancement.

If you're buying a new car, collision-prevention technology is typically offered as a pre-installed feature. Cars.com notes that forward-collision technology on a 2014 Ford Fusion sedan costs $995 and includes adaptive cruise control. Subaru's EyeSight system adds $1,295 to some 2014 Legacy sedans. EyeSight uses two cameras in its lane-departure warning and has adaptive cruise control and automatic braking, according to Cars.com. (See "How to insure your brand-new car.")

Newer technology-based safeguards, such as the Premier system, may help you avoid hazards, but it's unlikely they'll come with an auto insurance discount. Aharonson and others in both the auto and insurance industry say the more advanced systems are still being scrutinized by insurers.

Still, if you buy a new car that has high safety ratings, that is taken into account when insurers underwrite a policy, so you may get a lower base rate.

But more standard safety features, like anti-lock brakes, do qualify for discounts with many insurers. Here are the more common ones, according the Penny Gusner, consumer analyst for Insure.com: