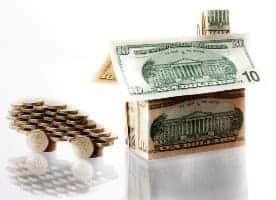 Car and homeowners insurance climbed in almost every state in 2013, with Michigan having the biggest jump for auto coverage and Oklahoma for home protection, according to a new report.

"The 2013 auto insurance increase is in line with a five-year trend of annual average rate increases between 2 percent and 4 percent, and was lower than the 2012 country-wide rate increase of 3.7 percent," according to Perr&Knight, which is based in Santa Monica, Calif.

Homeowners insurance across the country had an even larger jump, a 5.1 percent average above 2012. Oklahoma homeowners paid 12.1 percent more. Florida was next, at 11 percent. The firm based its findings on public rate filings by insurance companies representing about 80 percent of the premiums written in 2013.

Perr&Knight's CEO Tim Perr says the country-wide auto coverage rise is likely due to repair costs rising with inflation (the 2013 national inflation rate was 1.6 percent, according to government figures). As for homeowners insurance, he pointed to widespread damages caused by severe weather events.

"We see larger-than-trend homeowners increases appear to be concentrated in the wind -- hurricane and tornado -- exposed states," Perr says.

Here are the states with the largest car insurance increases, according to Perr&Knight:

The report notes that no states had a drop in car insurance premiums last year. Coverage costs in North Dakota, however, remained about the same as in 2012. Florida, Hawaii, Maryland, Maine, Montana and North Carolina were also at the low end, all with increases of less than 1 percent.

Here are the states with the biggest homeowners insurance jumps, according to Perr&Knight:

Only two states, California and Hawaii, had a drop in homeowners insurance rates, falling by 3.4 percent and almost 1 percent, respectively. Arkansas, Idaho, Maryland, New Hampshire and New York had smaller hikes than most, about 2 percent, says Perr&Knight.

The report offered a few other industry pricing details:

With coverage costs trending up, it makes good financial sense to get as many discounts as possible. When it comes to your home, start with the more common ones tied to bundling home and car insurance, loyalty rewards and installing smoke detectors and home security systems. Also look into these:

For auto insurance, these discounts are offered by most insurers: