One drink could land you in a health insurance emergency 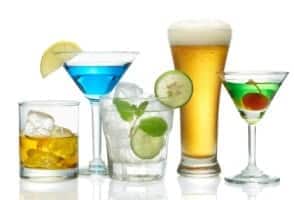 Imagine having a beer or one cocktail at a party, tripping over the carpet and winding up in the emergency room with a broken ankle.  Now imagine the shock of finding out later that your health insurer is denying your claim due to the presence of alcohol in your system.

While not a common practice, instances of being denied coverage due to the presence of any alcohol in your body do happen, says Dr. Larry Gentilello, professor of surgery at UT Southwestern Medical Center in Dallas.

"Insurance claim denials for alcohol use are based on the 1947 National Association of Insurance Commissioners (NAIC) model law, which only says that insurance companies should be allowed to deny claims for patients if they are injured 'while under the influence' of alcohol," says Gentilello. "So no specific amount is required for insurance companies to deny a claim on this basis."

If you wind up in the hospital after you have been drinking, you won't necessarily have your blood or urine tested for alcohol.

"Insurance claim denials on the basis of alcohol use are not very common, mostly because when one insurance claim has been denied, the word spreads quickly throughout the culture of a hospital and the staff stops testing for alcohol," says Gentilello. "If patients are not being tested, the insurance company usually has no way of knowing whether they have had any alcohol."

Still, Gentilello knows of one instance in which medical insurance coverage was denied even without a test.

"In one case in North Carolina, a teenager crashed his bike into a tree and broke his neck," says  Gentilello. "The hospital didn't test for alcohol use in that case, but the police report contained one sentence that said a bystander 'thought she smelled alcohol' on the teenager. Based on that one sentence, the insurance company refused to pay any of the medical bills and a court upheld that decision."

Any state can choose to either authorize or prohibit insurance exclusions for alcohol use, from one drink to actual intoxication, says Gentilello.

"Typically if they are going to deny a claim, it is  for any alcohol being present.  There is no data that shows any particular focus on legal limits. Hospitals don't generally research a patient's blood alcohol level, they just note its presence or not," says Gentilello.

As of January 2011, 26 states permit denial of insurance claims if alcohol is present in your system, while 17 states explicitly prohibit those denials, according to the National Institute on Alcohol Abuse and Alcoholism (NIAAA).

Alcohol exclusion laws came into being in 1947, after the NAIC  recommended them as a way to "avoid the use of insurance to protect against the risk of unlawful conduct," according to a paper co-authored by Sara Rosenbaum,  a professor at George Washington University's School of Public Health and Health Services in Washington, D.C.  .

In 2001, the NAIC changed its recommendation and encouraged states and insurance companies to change their policies and provide coverage for patients regardless of alcohol use. Many states repealed or amended their laws as a result.

"In Connecticut, a minor drinking-and-driving accident injured a patient and generated a $500,000 medical bill," says Gentilello. "The insurance company refused to pay the bill and a federal court upheld the decision. So now everyone in that hospital  decided to stop testing for alcohol. Since then, the Connecticut Legislature passed a law that says that insurance companies cannot deny a claim based on alcohol use."

Health insurance policies and alcohol use

Insurance companies follow their own policies as well as state regulations when making a determination about an individual claim. Read your insurance policy or check your state regulations to find out how your claim will be treated if you have a medical emergency after drinking.

Some health insurance companies are explicit about their policy on alcohol use. For example, some group health insurance policies offered by the Council on International Educational Exchange (CIEE) state: "Your medical treatment will not be covered if you are injured or become ill while under the influence of alcohol or drugs (other than those prescribed by a physician)."

Many other insurance companies, however, do not exclude claims because of alcohol use.

"Cigna doesn't have a coverage policy regarding individuals who seek treatment at an emergency room while under the influence of alcohol or drugs. We wouldn't deny a claim in those circumstances," says Mark Slitt, a spokesperson for Cigna, a major health insurance provider.

Susan Pisano, vice president for communications for America's Health Insurance Plans (AHIP), a trade organization for health insurance companies, says that AHIP does not have data on how its members handle alcohol and drug-related claims.

According to the NIAAA, it is possible that insurers exclude coverage through insurance provisions that do not specifically address alcohol intoxication or alcoholism. For example, "an insurance contract might exclude coverage for injuries caused by the insured's own negligence or reckless behavior without specifying alcohol intoxication as a form of negligence or recklessness," says an NIAAA study.

"Insurance companies typically don't question a small hospital bill, but when there's a major bill the case will get more scrutiny," says Gentilello. "Doctors don't know whether ER patients have insurance or what kind of insurance they have, so they tend not to take the risk of testing for alcohol in states where the insurance companies can deny a claim based on the presence of alcohol."

To protect yourself,  review your insurance policy's exclusions and check your state's insurance regulations on alcohol use at the NIAAA website.

If you are denied coverage for a hospital bill or doctor's bill, you will be given a reason for the denial. If the claim is denied because of alcohol use or recklessness, review your state regulations and possibly appeal the denial.

"You can always appeal to your insurance company about any denial of a claim," says Pisano. "Insurance companies are required to provide you with information about the appeal process." (See: How to appeal a health claim denial – and win!)