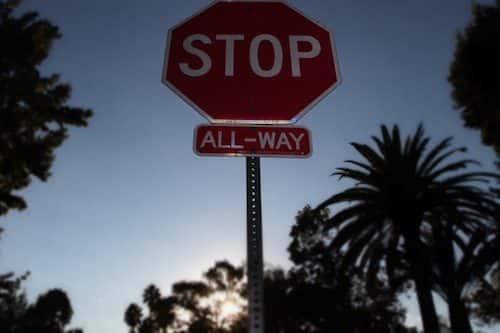 One of the latest bans on fun: no sledding.

Seriously, towns from Iowa to New Jersey are becoming afraid of the liability. It’s safer to erect a sign in the park than to let kids enjoy a snow day. But are we really surprised? So many things these town managers and lawyers did themselves when they were children are now deemed too risky.

Like letting kids walk home alone from the bus stop, which is at the end of the driveway.

"We are just encouraged to imagine the worst-case scenario," says Lenore Skenazy, author, lecturer and founder of the organization Free Range Kids. "We're living in this society that believes you can get to zero risk."

Yet few would argue for a total return to the good ol’ days. Revisit the 1970s and judge for yourself.

No doubt seat belts save lives, and today 86 percent of American drivers buckle up. But in 1983, a year before New York became the first state to pass a seat belt law, only 14 percent did. Fatality rates were more than twice what they are today - 2.6 deaths per 100 million vehicle miles travelled versus 1.13 today.

It wasn't until 1968 that the federal government required automakers to include seat belts, and it was 1993 before California became the first state to allow police to pull drivers over for failure to wear one. Today 33 states allow so-called primary enforcement, and all but the "Live Free or Die" state of New Hampshire have seat-belt laws.

Before anti-smoking groups sprang up in the late 1970s, non-smokers were lucky just to get their own dining section -- albeit not their own air. Parents thought little of rolling up the windows and lighting up on a family trip. Workers weren't denied the right to take a pull at their desk.

A few decades and big secondhand-smoke lawsuits later, the smokers are persona non grata, even in their own homes as condos and apartments prohibit smoking anywhere on site. So do some public parks and beaches.

Smoking rates are down - from 37 percent of adults in 1970 to 18 percent in 2012 - and so are insurance costs. Smoke-free workplaces reduce healthcare costs and fire risks, as well as cleanup costs and lost work time.

It could be worse. Lighting up in public in 17th century Russia, Turkey, Mongolia and China carried a threat of execution. In other words, smoking bans are nothing new.

Imagine not having to pay an auto-insurance bill. Then imagine if all the other drivers were careening around uninsured.

In 1970, only three states required auto liability insurance. Massachusetts pioneered the law, in 1927, and New York followed, but not until 1956. Other states had "financial responsibility" laws, requiring drivers to prove only after an accident that they could pay.

Most states didn't pass compulsory auto insurance laws until the 1970s and '80s, with everyone but New Hampshire aboard now. But even with stricter enforcement, an estimated 14 percent of drivers are uninsured, and those rates rise with unemployment.

A Budweiser in the lap

Kids, our dads always stopped for "road pop" on the drive out of town. No waiting to crack open a cold one on a hot day. Trips were measured in six-packs.

Mothers Against Drunk Driving had yet to be formed (it arrived in 1980), insurance rates didn't skyrocket after a DUI conviction (insurance hikes are largely responsible now for the $10,000 DUI insurance is so expensive), and drunken driving fatalities were twice as high.

In 1982, only 26 states had banned drinking behind the wheel. Then the feds stepped in, passing a 1998 law that yanked 3 percent of a state's transportation funds if it didn't ban open containers anywhere within reach of drivers and passengers.

"Money talks," one Houstonian said when Texas finally buckled in 2001, with $80 million at stake. Now all but 11 states comply, and only Mississippi allows people to nurse a drink behind the wheel.

In 1982, when the government began tracking, 21,113 people died in alcohol-related traffic accidents. Today, that figure has fallen more than 50 percent.

Does that dog carry liability insurance?

Leash laws have definitely gotten stricter. Virtually all state and national parks now require them - but requiring some dogs to carry $1 million in liability insurance is definitely a 21st century solution.

In Royal Oak, Mich., owners of dogs deemed dangerous must obtain insurance, take obedience classes, erect signs and take other measures or face up to a $500 fine and 90 days in jail. You can bet other municipalities will follow, given perceived liability concerns.

Insurance companies have reason to worry. Dog bite claims now account for more than a third of homeowners insurance liability claims, costing nearly $500 million in 2013. And fatal dog attacks are up 82 percent, according to DogBiteLaw.com. In hindsight, leash laws seem so quaint.

Children could walk. Outside. Alone.

Writing in the New York Times recently, blogger KJ Dell'Antonia quoted a 1979 parenting book recommending milestones for 6-year-olds: "Can he travel alone in the neighborhood (four to eight blocks) to a store, school, playground, or to a friend's home?"

That's right. Children of the '70s and '80s - and every decade prior - were not only permitted but were encouraged to navigate the world sans grownups. How things have changed. Although it's far more dangerous in a moving car than a sidewalk, a 10-year-old out alone today prompts do-gooders to call police and social services to investigate the family.

One Massachusetts town councilor proposed prohibiting children from even walking to the school bus without parents.

Ask your parents how far they walked by themselves - at age 6 - to the bus stop.

Children of the '70s would be hard-pressed to recall parents ever supervising outdoor play. Parents were at home enjoying their own free time.

Nothing universally awful occurred to precipitate today's cultural shift away from unsupervised play, say experts. Crime rates are down. But the number of individual, horrifying incidents we hear about is way, way up. "People don't care about statistics, all they care about is stories," says author Skenazy.

Add cell phones and paranoid neighbors, and you get stories like this, collected at the FreeRangeKids.org site: a family investigated by social services because a 13-year-old and her younger siblings were playing by themselves -- in a field next to their house.

According to a 2014 survey, a majority of Americans support criminalizing preteens playing outside without adults. "It really has changed childhood," Skenazy says.

The kids really were alright

Comedian Chelsea Handler writes about a babysitting company she launched in the 1980s when she was 12.

Fast forward to 2014: A Hollywood film centers around a working mom who needs to hire an after-school babysitter (Bill Murray, in St. Vincent) for her 12-year-old son.

Homes aren't less safe, but news reports indicate that neighbors today are: Some have called police upon suspecting that children under 12 were left home alone, even for a few hours.

"Ugh! I've been kissed by a dog," Lucy cries in a Peanuts comic strip. "Get some disinfectant!" Would this classic be funny today, given our attachment to sanitizer gel?

Until 1988, when Purell launched the first commercial gel, anti-microbial soaps were largely the province of hospitals. Now they're a $400 million business in the U.S. alone - nearly $1 billion when you include anti-bacterial soaps.

Good that the public-health message about hand-washing is out, although plain soap is adequate. But the saturation of antibacterial agents may be doing more harm than good, contributing to the proliferation of drug-resistant bacteria -- something the World Health Organization calls "a threat to global health security" -- and steep rise in allergies, asthma and other immune disorders.

According to a 2014 survey, the thing Americans now fear more than anything is taking a walk alone at night. Forget all those worn jokes about people fearing public speaking even more than death. Public speaking has dropped to No. 5, right behind "being the victim of a mass/random shooting."

Nationwide, crime rates are well below what they were in the 1970s. But human beings are innately terrible at calculating risk, and they're wired to remember scary stories, something the 24/7 media provides in ample doses. It's no accident that those who were most fearful in the Chapman University survey were people who watched a lot of talk shows and true-crime television shows.