Home / Auto Insurance / Winter Driving Statistics And Survey 2020: What’s The Worst Part About Driving In Winter?
See how much YOU can save

Winter driving statistics and survey 2020: What’s the worst part about driving in winter? 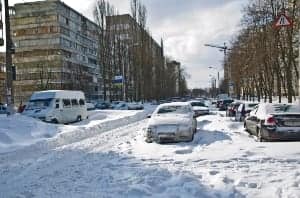 Most of us have to drive in winter conditions, as nearly 70% of the population lives in snowy regions, and more than 70% of the nation's roads are located in snowy areas, according to the U.S. Department of Transportation Federal Highway Administration (FHA).

While accidents due to wet roads from rainfall are more common, wintry conditions also cause a fair amount of crashes, and fatalities, according to the FHA:

As evidenced by the FHA winter driving statistics, driving in winter can be a nightmare. There’s snow. There’s ice. The days are short and the solar glare in the late afternoon is awful -- especially when it’s reflecting off sand-crusted snow.

In a survey of 500 drivers, Insurance.com found that nearly three-quarters of motorists said driving in winter is their least favorite season to drive. Winter was the most disliked driving season across all geographic areas. However, southern drivers are more likely than other regions to point to summer as the worst driving season. Twenty percent of southern drivers said summer is the worst for driving.

What’s the region that hates to drive in snow the most? The Northeast. Twenty-one percent of northeastern drivers cite snow as the thing they dislike the most when driving in the winter. Ice was still their number one concern (34%).

Female drivers are also more worried about driving on ice than men.

What’s the worst part about driving in the winter?

How much snow is too much to drive?

Depending on where you live, following the winter weather forecast is a part of life between December and March.

A weather forecast can mean restricting travel, staying home from work and canceling plans. How much snow is too much to drive? We found that one-fifth of motorists won’t operate a vehicle if there are up to three inches of snow expected. Another 26% won’t drive if there are four to six inches of white stuff forecast.

Here are the three most common ways drivers change the way they drive in winter:

Taking those precautions seems to be helping. Only 8% of those surveyed said they've gotten into an accident in the winter over the past five years. That includes a mere 2% of southern drivers.

The most common types of accidents were:

Safety enhancements once only meant seat belts and airbags. Now, even economy cars are built with features like collision avoidance.

We found many respondents said those additions are also making for safer winter driving. Sixty-seven percent said safety enhancements, such as lane detection and backup cameras, have helped with winter driving safety. They’re not as positive about how driving apps and GPS are helping drivers. Nearly half (48%) said those enhancements are improving driver safety in winter.

Why tires are more important than all-wheel drive

Most states require tires only to have at least 2/32 inch of tread depth. This is fine on dry roads, but not for roads covered with ice, snow or lots of water. In snow, any tread below 6/32 inch is considered inadequate. A new all-season tire has at least 10/32 inch of tread. But even it won't grip like a winter tire.

Experts say having tires with the optimal amount of tread traction, meaning they aren’t “bald” or worn down, is a critical part of safe driving in winter weather, even more important than having all-wheel or four-wheel drive.

“You can take a car with an awesome four-wheel-drive system and put a tire that's a high performance summer tire and you could render it almost useless in the snow because the tires have got no grip," says Matt Mullins, chief instructor at the BMW Performance Driving School in South Carolina. "On the other hand, you could take your regular old car and put an awesome set of snow tires on and you'd be amazed where you could go."

"I think up North people know this," he says.

Here’s how survey participants responded when asked why motorists in warm regions have difficulty driving in snow:

Snow and ice don’t have a direct impact on your car insurance. Insurers don’t necessarily charge you more for auto coverage if you live in a place with more snow. That said, more hazardous conditions mean more vehicle accidents. More accidents in an area can lead to higher auto rates for everyone in that locale, or even state, since ZIP codes are taken into account by car insurance providers.

Collision car insurance is what helps you fix damages to your car from a weather-related crash, regardless of fault. That damage could have been from another vehicle or even a pothole. Your policy’s liability coverage pays for damage to other vehicles. And likewise, if someone hits you, you can make a claim against his or her liability coverages. Comprehensive coverage reimburses for damage to your car if it’s damaged by hail, falling icicles and ice and snowy tree branches.

The cost of this coverage depends on factors, such as your vehicle, your driving record and your location. “Your driving –  meaning driving record and claims history -- affects your future car insurance rates so be cautious and a defensive driver when driving in winter weather.” notes Penny Gusner, senior consumer analyst for Insurance.com.

If you do cause an accident during winter driving, and the other driver files a liability property damage claim for over $2,000, your rate may increase by an average of 32%. That’s about $450 more a year, based on an expert analysis of rate data by Insurance.com. But don’t fret: you can still save by comparison shopping.

“Keep in mind some insurers may not hike your rate at all, if you’ve maintained a clean driving record for many years prior to an accident. But also be aware that most will, and the amount of the increase can vary significantly among carriers,” says Gusner. “That’s because each company assesses risk differently. So, even with a recent accident, you can likely save on your insurance costs by comparison shopping.”

When driving in the winter, it’s best to use common sense. First, don’t get on the road if there are hazardous conditions.

The Insurance Information Institute offers these tips for winter driving when you’re on the road:

In the table below, you'll see how weather-related accidents, injuries and fatalities compare, according to the Department of Transportation Federal Highway Administration.