How your driving record can screw up your life 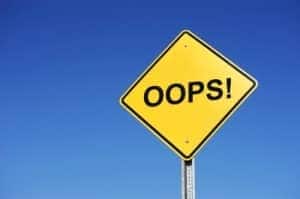 As the saying goes, the DMV never forgets.

While everyone knows that your car insurance rates are directly linked to your DMV record, you may be shocked to learn that it can also affect your life insurance premium, your right to vote and even your professional life.

Here are 12 ways your driving record can exert its influence on your life.

It goes without saying that your driving record has a direct effect on your car insurance premium - you may not get the best car insurance quotes if you have lots of citations for moving violations. A serious offense such as a DUI or reckless driving charge can label you a high-risk driver and push your premiums up 30 to 300 percent, according to Penny Gusner, consumer analyst with Insure.com. Even a speeding ticket can bump your rates 20 percent.

If you choose not to pay a traffic or red light ticket, there is a good chance your credit rating will take a beating. Most jurisdictions tack on fees if you fail to pay a ticket and eventually turn it over to a collection agency. You can then watch your credit rating nosedive. The next time you apply for a credit card, loan or even try to rent an apartment, you may have a problem, compliments of the DMV. (And that weaker credit record, in turn, may further drive up your car insurance rates.)

You may be arrested

After it has destroyed your credit rating, that unpaid traffic violation is coming after you with an arrest warrant. According to the California Court System website, continued failure to pay your ticket will result in a misdemeanor charge and an arrest warrant.

Lose your right to vote and many other rights

Convicted felons lose a number of rights which vary by state, but examples include:

A poor driving record or a DUI can knock you out of a preferred life insurance tier. Kristofer R. Kirchen, president of Advanced Insurance Managers, warns, "This may up your rates by a few hundred dollars a year , which over the course of a 30-year term policy can really add up."

Your license may be suspended and your car will go unregistered

In almost all cases your license will be suspended with a DUI or reckless driving charge, while an unpaid ticket can also result in a suspension. The DMV will also refuse to register your vehicle if you have unpaid tickets on your record.

A serious driving infraction, or even a slew of small ones, may put you in the unemployment line. A suspended license can be a deal-breaker for your employer if you drive for a living. Delivery drivers, traveling salespeople or anyone who spends all day in a car may be out of a job. Even if you manage to hang on to your license, if you drive a company car, the insurance increase may be too much for your employer.

It might be harder to get a job in the future

There is a certain social stigma attached to a DUI or other serious driving conviction, and fair or not, it can affect your future employment. Many companies run a background check on potential employees and for some, a DUI is a red flag. Any job that requires driving or using a company car may be out of reach as the cost to insure you will be prohibitive.

Your lifelong dream to be a police officer is dead

Almost every police department in the country forbids convicted felons from joining the force, which means drivers with a felony DUI on their records will be unable to serve their community. Less serious traffic offenses can also be an automatic disqualifier in some cities. Denver, for example disqualifies candidates if they have been fined for:

Your dream to fly professionally may be grounded

If you are a licensed pilot and are arrested for a DUI, you must send theFederal Aviation Administration (FAA) a notification letter within 60 days. The FAA will investigate, and if it feels there is an alcohol or substance abuse problem, you may find your license pulled.

While a DUI does not automatically result in a suspended pilot's license, you may find your professional pilot opportunities severely limited.

Your driving record is not going to prevent you from adopting a baby, but it may make it more difficult. Adopt America warns that every agency has a different policy regarding a DUI and that any serious driving infraction must be addressed during the home study section of the process. While a DUI that happened a long time ago should have no real affect, a more recent one may decrease your chances of being approved by an adoption agency.

It can increase your sentence on future criminal charges

A serious driving infraction such as a DUI or reckless driving charge creates a permanent criminal record that can have a dramatic impact on a potential sentence for criminal charges in the future, or if you end up with a second DUI.

According to Raj Dua, an attorney in Fairfax, Va., "The court will likely increase the sentence on a subsequent DUI and prosecutors are less likely to reduce any future charges."