Home / Auto Insurance / Hitting A Parked Car: Essential Next Steps
See how much YOU can save 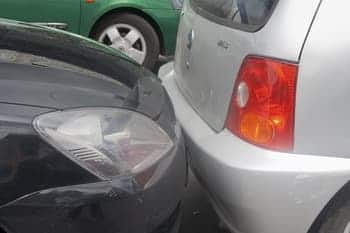 Whether you struck a parked car or your parked car was hit, you are not alone. In fact, a 2010 Allstate Insurance study showed that 69 percent of all hit-and-runs in the U.S. involve parked cars; 64 percent of those were in parking lots.

"Getting into an accident is not a crime," says attorney Chip Siegel of Las Vegas. "Leaving the accident is where the crime comes in."

If you’re involved in an accident involving a parked car, there are some things you’ll want to do. First, relax. This happens to almost everyone.

Here’s what to do if you hit a parked car

Leaving the scene of an accident is against the law in every state and can be considered a hit and run. Conviction can net you a misdemeanor charge, hefty fine, and in some states, jail time or community service and suspension of your license and/or registration.

Hit-and-run charges also can add as many as six points to your license, depending on your state's points system, and disqualify you from jobs that involve driving a motor vehicle. In California, you are legally required to try to find the damaged car's owner. If you aren't able to locate the owner of the car you hit, you must leave a note.

If the law isn't enough to keep you there, consider this: Odds are good someone saw you hit that car. It might be an actual person or one of the estimated 30 million surveillance cameras in the U.S, according to an industry study.

Law enforcement may look at available evidence, including camera footage, to find the offender--you--and that's where the trouble really begins. "You might get away with it," Siegel says, "but that's not been my experience."

“If police have to hunt you down, you'll not only pay fines, but the other driver's insurance company might go after you for costs, including legal and investigative fees," says Stephanie Behnke, Mercury Insurance claims innovation director. "It can be a very expensive decision for the perpetrator and could lead to jail time… You're going to spend more money cleaning it up. Just financially, it doesn't make sense to leave."

"Be aware that a hit-and-run is considered a major violation, so if you're caught and cited not only is it likely to affect your driver's license more than a simple accident, but it may also impact your insurance rates. A minor accident raises your rates by 20 to 40 percent, maybe a bit more," explains Penny Gusner, consumer analyst at Insure.com. "Certain minor property damage accidents, if below the company's chargeable accident threshold, won't result in a surcharge."

"However, fleeing the scene of an accident is a major offense and comes with a rate hike that is substantially higher," Gusner advises. "For instance, in North Carolina you do not receive an auto insurance surcharge if you're in a property damage-only accident where the damage amount is $1,800 or less and you aren’t convicted of a moving violation related to the accident. But a hit-and-run resulting in only property damage comes with 4 surcharge points, which results in a rate increase of 80 percent."

2. If no one arrives, leave a note 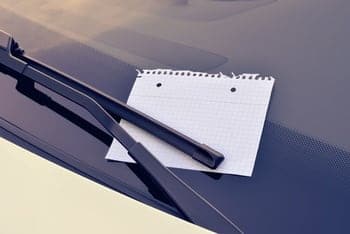 Keep it simple. "Nobody wants to (leave a note)," Siegel says. "Everyone's afraid." Do it anyway. Most states require that your note include this information:

If you were driving someone else’s car at the time of the accident, you are required to leave the name and address of the car’s owner as well.

Behnke recommends that your note include your insurance information, if you have it handy. Don't say too much, such as explaining how you weren't paying attention when you hit their bumper. Anything you leave in the note can be used against you later when insurance companies are settling.

After being a responsible citizen and writing the note, tuck it securely under the windshield wiper. According to the California Vehicle Code, the note must be in a "conspicuous location.” And no matter how tempted you are to write it with a felt-tip pen and leave it to ruin in the rain, don't do it. In New York, failing to leave contact info can result in a $250 fine and up to 15 days in jail.

Though you might try to tell yourself that the other driver’s insurance will foot the repair bill if you leave the scene, think again. You don’t know whether or not the vehicle has collision insurance. Even if the other owner has uninsured motorist coverage, their insurance company is unlikely to cover them unless it can verify that you are uninsured.

Take pictures of the damage to both cars and the license plate number of the other car.

Small "dings" can cost up to $1,000 to repair so if there is visible damage you’ll want to document that.

Allstate advises looking for possible witnesses. Get their contact information and write down or video their description of what happened.

Behnke recommends reporting the incident to your insurance company as soon as possible so they can expedite the claims process.

Your property damage liability coverage will pay for the parked car’s damage and your collision coverage will cover your car after you pay your deductible.

You can expect to see your rates rise if:

In those cases, your rates may go by 20 to 40 percent of the insurer’s base rate, which is the Insurance Services Office’s standard. The base rate is the average rate charged in the state before discounts, other adjustments and an insurer’s claims-processing fee. If the damage reaches the company’s chargeable accident threshold, multicar policies will likely increase 20 percent for the first two vehicles on the policy and 40 percent for a single-car policy, according to the ISO.

However, many insurers don’t follow ISO guidelines and may increase rates higher.

Whether you file a claim with your insurance company for the cost of the repairs depends on the extent of the damage and your deductible. You are responsible for the cost of repairs to your vehicle before the deductible amount is reached.

If you have filed multiple claims in a short period of time, your insurer may even not renew your policy at the end of the term because you’re viewed as a risk.

What to do if another driver strikes your parked car

1. Collect information from the other driver

If you witnessed the accident or the driver waited for you to arrive, the first piece of advice is don’t get upset. Road rage incidents can escalate quickly. The other driver likely did not mean to hit your car and is as freaked out as you.

Instead, calmly collect his or her information:

Whether you witnessed the accident or not, check the area for any potential witnesses. Collect their contact information in case police and/or insurance company wants to contact them during an investigation.

Regardless of the presence of witnesses, you may be able to obtain coverage of the accident from a nearby surveillance camera. 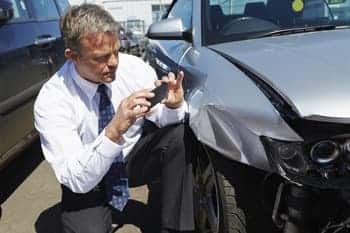 Take pictures of the damage to both cars and the license plate number of the other car. You’ll want to take photos of your vehicle before driving away. It’s OK to take the snap with your camera phone. Drivers are generally required to carry liability insurance, which covers accidents in which they are at fault, so document your damage.

Many states require you to call police when your vehicle is involved in an accident. If there is any noticeable damage, you should contact police. They can take a report and may know if there are any security cameras in the area. Plus, witnesses are more apt to answer questions from a police officer than you.

If the other person is totally to blame, notify his or her insurance company. If the other driver hit your legally parked car, then the other driver’s insurance should pay for the damage. If they don’t resolve the issue, then contact your insurer so they can begin the claims process

Your insurance will cover the damage in that instance if you have a collision policy, but you’ll likely have to pay your deductible. Whether your rates go up depends on your state and the company’s internal guidelines – and whether you have had multiple claims in a short period of time.

“It's not your fault, so the odds of your rates going up are less,” says Gusner, though some insurers may file to charge for any accident over a certain amount regardless of fault. These are usually insurers that cover higher risk drivers.

Don’t let the driver talk you into settling the issue yourselves without going through insurance. The person may renege and your insurer is not going to pay for the damages if you report the accident weeks later.