Home / Auto Insurance / Maniacs, Idiots And The Left Lane
See how much YOU can save

Maniacs, idiots and the left lane 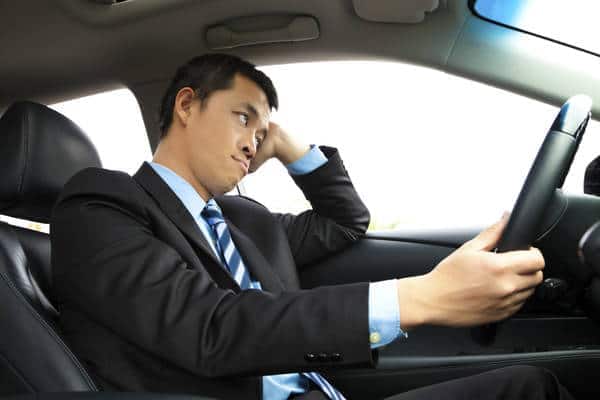 The late comedian George Carlin said it best: “Have you ever noticed that anybody driving slower than you is an idiot, and anyone going faster than you is a maniac?”

That driver poking along in the left lane -- cars collecting behind him in a weary conga line -- clearly is not a maniac. Is he simply oblivious, happy in the stress-free lane? Or does he fashion himself a do-gooder, out to thwart speeders?

Whatever’s going on, the behavior is so disliked, so vilified, that it prompts a rash of bills from state lawmakers every spring, frustrated by their long drives to the capital. Washington state actually took up an “aggravated left-lane driving” bill in April that would further ramp up existing penalties for left-lane blockers if they are moving under the speed limit.

Chances are you are one of the enraged. And if you’re not enraged, you may be part of the problem.

Yes, you can get a ticket for that 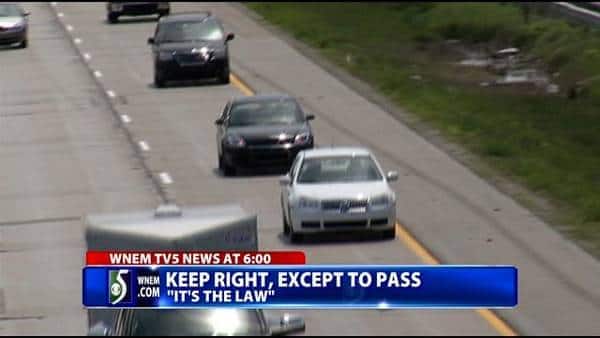 Georgia has a $1,000 fine on its books for left-lane campers, although police don’t typically dole out tickets that high. Indiana put a $500 fine into effect this summer, New Jersey increased its fine to $300 a couple years ago, and in Washington state, where a trooper called left-lane squatters a leading problem, police doled out 14,000 tickets last year alone. Even little Rhode Island issued 40 citations last year, at $85 a pop.

That’s just a peek. All but five states require that anyone going slower than normal traffic move to the right lane, if possible, according to a list updated at the Massachusetts Institute of Technology. Forty states carry penalties.

Speed limit or not, “if you are obstructing traffic, you are the one that gets the ticket,” says John Bowman, vice president of the National Motorists Association, a drivers advocacy group.

Yes, your insurance can go up for that 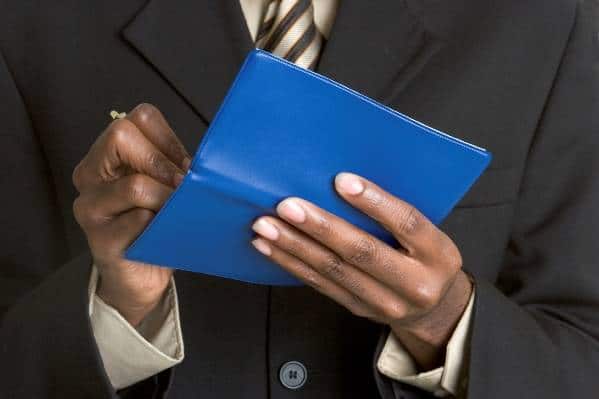 Most insurance companies lump improper passing with other minor moving violations such as speeding or running a stop sign when they calculate your rates. That could be good news or bad news.

It’s good news if you have no other violations on your record, Insurance.com Managing Editor Des Toups says. “Some companies might ignore it altogether.  But it’s possible you might lose a good driver discount, or even see a small increase in rates. It’s very carrier-dependent.” (See “Will that ticket raise my rates?”)

Data gathered for Insurance.com by Quadrant Information Services showed a typical increase after a minor violation of about 14 percent. Of six major carriers surveyed, rate increases ranged from nothing all the way up to 29 percent.

But if it’s your second moving violation within your insurance company’s look-back period, watch out. The average increase was nearly 25 percent, with two of six carriers raising rates by 50 percent.

A 2013 study by the AAA Foundation for Traffic Safety found that “potentially aggressive actions – such as tailgating, erratic lane changing, or illegal passing – are a factor in up to 56 percent of fatal crashes.”

Left-lane plodders may pride themselves on their slow-and-steady ways, but, like it or not, the drivers behind them get mighty impatient, leading to just these behaviors.

“People trying to get around them will try to get around them any way they can,” says Lt. Col. Todd Catlow of the Rhode Island State Police. “Basically what they’re doing by blocking the left lane is they’re creating an unsafe condition for themselves and for everyone else on the road.” 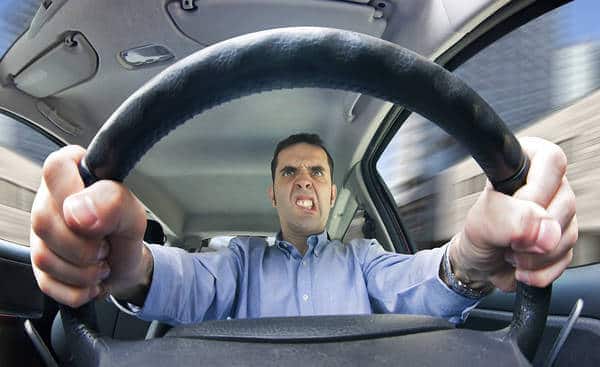 The younger the driver, the more likely he is to try to help things along.

Among all respondents, 41 percent thought police should issue a ticket or warning to drivers who stayed in the left lane when a right lane was clear.

“Left-lane courtesy and left-lane laws are two different things,” says Toups. “Laws change from state to state, are hard to enforce and are easily misinterpreted. Simple courtesy is a lot easier.”

In the end, few drivers have the patience to wait out a left-lane slowpoke. In a new survey by Insurance.com, 53 percent of experienced drivers said they will pass slower traffic on the right.

This is not how they do it in Europe 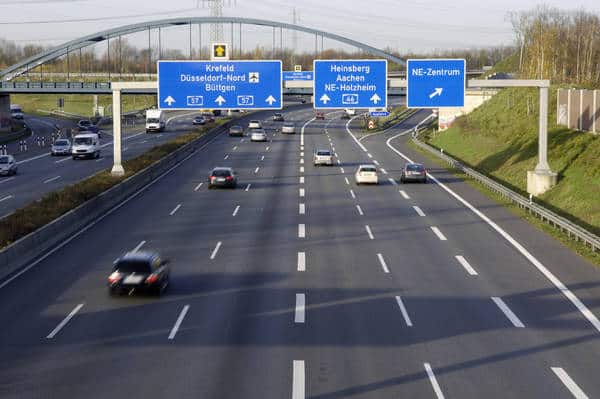 In Germany, France and the Netherlands it’s illegal to pass on the right, and drivers routinely flash their signals to any driver unwise enough to move out of the left lane. In Germany, sections of the Autobahn still have only suggested maximum speed limits, meaning a driver is more likely to be penalized for dawdling in the fast lane than for speeding.

“It's a duty in Germany to drive right, and you have to always pass left,” says Manual Spielmann, a driving instructor in the Frankfurt area.

While it’s not advised, passing on the right is legal in the United States. Does this encourage people to hang out in the left lane? Some think so.

The late “Car Talk” host Tom Magliozzi certainly did, calling it a “bogus idea” dreamed up by some “tweezer-brained bureaucrat” thinking it would speed up traffic flow. “But what will come of this?” he asked. “Plenty more accidents. Many of them at high speeds.”

So why do people cruise the left? 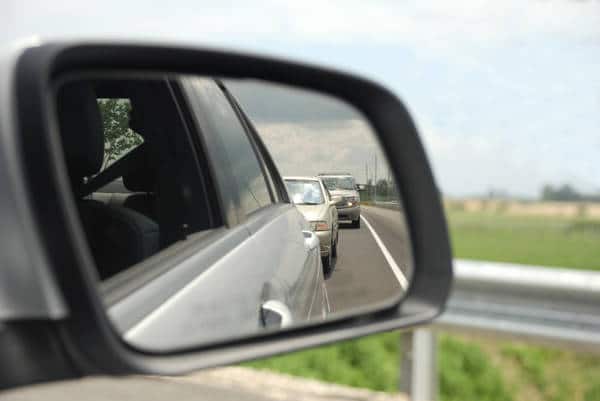 Ah, the open road on the left. No merging cars, no slowing traffic. “You’ve got a clear lane in front of you as far as you can see. You’re just going to set the cruise and go. It’s good  - for you,” says John Bowman, of the National Motorists Association, adding, “But not for everybody behind you.”

Educational videos by the Washington State Patrol indicate that many drivers aren’t aware there’s a law that requires them to move right to cede to faster traffic. Catlow, of the Rhode Island State Police, said the most common response he got upon pulling drivers over was, “I’m not speeding. I have a right to be in the left lane.”

“I did have one person tell me that they were going a long distance and that they thought the left lane was for the person going the farthest,” he says.

Are you a hall monitor? 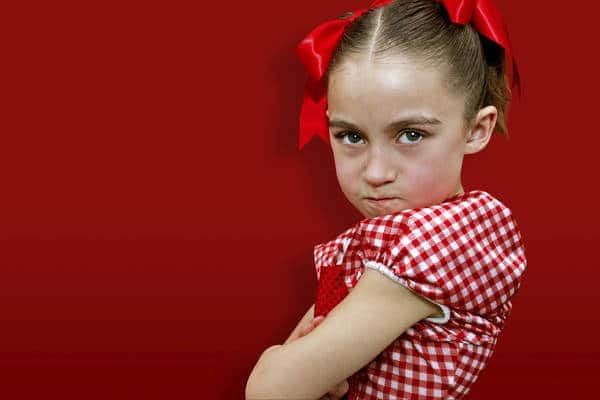 Then there are the drivers who camp out in the left lane with purpose: others are going too fast.

“If everyone was actually going the posted speed limit, this probably wouldn't be an issue,” writes one commenter at the Eugene Register Guard.

If you are going above the speed limit, “it is a problem of YOUR CREATION and I feel no obligation to solve it for you,” writes another.

“Instead of slowing down the speeders we pass a law that says ‘get out of their way or you get fined’ what the frack kind of logic is that?” writes another, on Jalopnik.

Insurance.com asked those who prefer the left lane why they stay there:

Some drivers try the simple approach

J.A. Tosti was stuck behind someone and thought: “If I could just reach out and tap this guy on the shoulder, tell him to move over, that would be so nice.”

“Then the light bulb went off,” he says.

Tosti got a design team together and began manufacturing windshield decals, which he sells at LeftLaneDrivers.org. Read in the rear-view mirror of the car ahead, they say things like “move over” with an arrow pointing to the right.

“I’ve driven thousands and thousands of miles under these decals, and so long as there’s a place for somebody to move, they generally move,” he says. “There have been times when I’ve felt like I’m driving with a broom in front of me, just sweeping the traffic aside.”

Tosti says he always remains a good distance behind, never displays aggressive behavior, and asks all his buyers to conform to polite road etiquette. He said he’s received an angry hand gesture from less than a handful of drivers.

Others will do whatever it takes 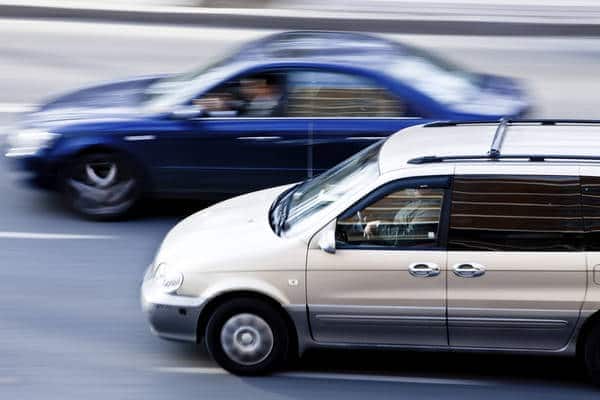 You’ve seen the highway lane weavers. Now do an online search for left-lane hog crashes. Enough drivers have dashboard cameras these days to capture a terrifying assortment of accidents.

In one, a car unable to pass on the left zips to the far right of three lanes, only to smash violently into traffic that had slowed to a crawl but was obstructed from view. The car is shoved back into the middle lane and hit again, causing a multi-car pile-up.

In another, a driver blocked by a pickup in the left of two lanes finally attempts to pass on the grassy center median and hits the front of the pickup, causing both to slide in front of a semi-truck in the right-hand lane.

“You may be ‘in the right’ because you are traveling at the speed limit --- but you may also be putting yourself in danger by making drivers behind you angry,” writes the AAA Foundation for Traffic Safety. “Move over and let other drivers by.”

And for the drivers who just have to get by, another warning. A ticket for reckless driving can carry the same weight as a DUI in your calculating your insurance rates, automatically making you a high-risk driver.

The law backs the passers 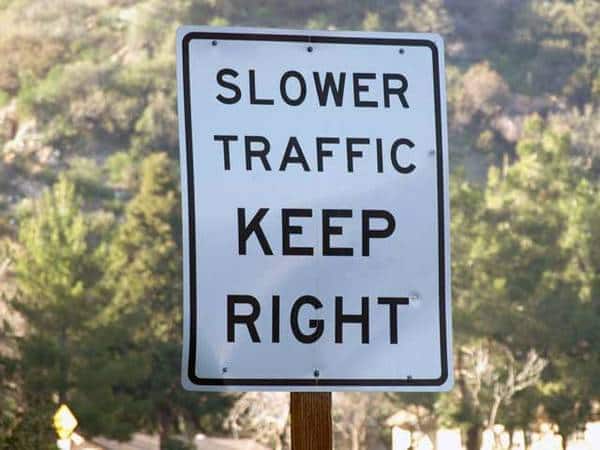 To those of you dutifully sticking to 65 mph: sorry, but the law is almost always with the passers, no matter how fast they’re going.

This isn’t to say police aren’t going to ticket the car topping 90 mph. They say that’s their first priority. But when it comes to driving in the left lane, state laws require vehicles traveling below the “normal speed of traffic” to move right when possible.

Consider that the same philosophy is used to set speed limits in the first place. Highway engineers first observe the speed at which drivers will travel, then post the speed at the high end of average.

The safest course of action for you and the drivers around you: move to the right, and let the cops worry about the speeders.

“If you’re traveling at less than the normal speed of traffic, then you should travel on the most right hand lane that is available to you,” says Catlow, of the Rhode Island State Police. “It’s not about the speed limit.”

But, you may ask, what if you’re already exceeding the speed limit in the left, enough to regularly be passing folks on the right, and you’re approached from behind by someone going really, really fast?

“The law enforcement response is you are violating the law, and if you don’t move to right, you’re creating an unsafe condition,” says Catlow.