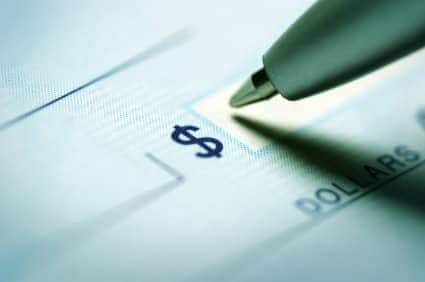 Car insurance rates jump an average 5.7 percent for drivers who let their policies lapse, according to an analysis of Insurance.com data.

An examination of 184,000 car insurance policies sold through Insurance.com  shows that drivers insuring one car paid an average 8.8 percent more in annual premiums than drivers who maintained continuous coverage.

The penalty was even greater when insuring multiple cars. Policies covering at least two cars cost 12 percent more for drivers with a coverage lapse than policies sold to drivers without a lapse.

About half of all drivers who reported lapsed policies had been without insurance for 30 days or less, according to Insurance.com data.

Robert Passmore, spokesperson for the Property Casualty Insurers Association of America, says there's "no question that letting your insurance lapse is going to affect premiums in most any case."

Lapsed coverage is the result of insurance payments that are received late or not received at all. Failing to maintain liability insurance for a registered vehicle is illegal in all states except New Hampshire.

Loretta Worters, a spokesperson for the Insurance Information Institute, says, "Someone who has not made a payment on their insurance will be viewed by an insurer as risky and insurers will often charge them higher rates." Their paying higher rates because their now paying for high-risk car insurance.

Passmore says drivers who let their policies lapse are also statistically more likely to be involved in car accidents.

Each insurance company has its own formula for determining how high rates go after a policy lapse and how long the penalty will remain in place, Passmore says.

Drivers who experience a coverage lapse are not doomed to high rates forever, as long as they keep their coverage continuous and maintain a good driving record, Worters says.

"The financial consequences of a lapse in car insurance coverage do come down over time," Worters says.

People who lose their jobs or are struggling financially may find it difficult to make payments, making them prime candidates for a lapse, Worters says. In other cases, a missed payment is unintentional. (See "When you forget to pay the car insurance bill.")

"It could be they just simply forgot to make a payment or perhaps there was a problem with their checking account," she says.

By law, insurers in most states must cancel coverage for nonpayment. Policyholders have a set number of days – which varies by state and insurer – to reinstate coverage before it is terminated.

The best way to steer clear of higher rates is to prevent a lapse before it occurs. Tips for avoiding a lapse in coverage include:

You are not covered during  a lapse

"There are no grace periods," Toups says. "If the policy says your insurance expires at 11:59 p.m., then a wreck at midnight isn't covered."

Some insurers might allow you to pay the past-due premiums and cover the claim, but that's uncommon and unlikely.

While your current insurance company is likely to reinstate an otherwise good customer's policy after a short lapse, it will check for outstanding claims first, Toups says.