Home / Auto Insurance / Road Food: Eating At 60 Mph
See how much YOU can save 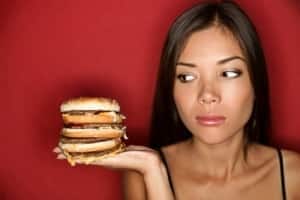 Most drivers eat in their car at times, whether they want to or not.

Insurance.com asked 1,000 licensed drivers age 25 or older, distributed proportionately by age and geography, about their road-food habits. Their preferred choices, when they have to eat behind the wheel:

Yet the drive-thru beckons.

More than two-thirds of drivers had had consumed food from a fast food or fast-casual chain behind the wheel at least once in the past year.

Overwhelmingly, road-food warriors say it has to be able to be consumed one-handed. Sixty-four percent of drivers said the single most important trait of good road food is one-handedness.

Minimal crumbs and drips were a distant second and third, respectively.

Some prefer grapes and granola brought from their own kitchens, and others a big bag of Doritos from the 7-Eleven. But for 18 percent of drivers in our survey, the drive-thru is a way of life.

Regular indulgers described themselves this way:

We applaud the discipline of those ignore the drive-thru in favor of a hot, nutritious meal served at a table and eaten with a knife and fork. What’s their secret?

Who’s behind that Whopper wrapper?

Seventy-two percent of all men surveyed had visited at least one of the top 50 fast-food and fast-casual dining chains for road food in the past year; 63 percent of women had.

Sixty-six percent of those who had eaten in their cars had visited a McDonald’s in the past year. In second place was Burger King at 34 percent. Starbucks (31 percent) just nipped Wendy’s (30 percent) to prevent an all-burger podium. The rest of the top 10:

Safe to eat? You bet. But safe to eat at 70 mph? We asked drivers to rate eight distractions, most distracting to least. Their averaged scores:

Do you have an exit strategy?

We asked road-food regulars how they dealt with sudden obstacles that required their full attention:

The pros at Coit Cleaning offer this method for getting ketchup out of your carpet.

Car insurance covers all kinds of dumb moves, even if you were chasing a random McNugget right before you rear-ended a bus.

The damage to the other guy’s car is covered by your liability insurance.

Your own car is covered by collision if you have it. If you do, you’ll owe your deductible. If you dropped collision, you’ll be skipping a few lunches to pay for repairs yourself.

You’ll probably get a ticket, if not for distracted driving then for following too closely or similar trespass, all of which may add points to your driving record.

Your insurance company will raise your rates, based on either the violation or the claim, but not both. They’ll typically go with the more expensive of the two.

A single at-fault accident with damage less than $1,000 brings an average rate increase of 18 percent, according to data gathered for Insurance.com by Quadrant Information Services. The surcharge typically lasts three years.