5 things worse for your car insurance than an accident 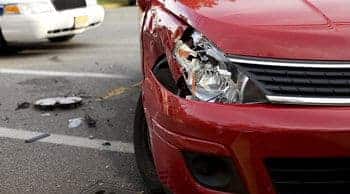 It turns out that there are other driving infractions and changes to your insurance coverage that will crank up your auto rates even more than an accident. While a DUI is an obvious one, who would have thought that a lousy credit rating, adding a teen driver or even speeding tickets can result in a bigger bump than an accident?

What raises your auto insurance rates more than an accident?

We looked at 43 driving situations encompassing common tickets, accidents and scenarios to see which ones result in a higher rate increase than an accident. An accident claim means you will typically pay around 32%, or $459, more a year for insurance. Here are scenarios that will cost you much more than an accident:

How much adding a teen driver raises your insurance

Adding a teen to your policy will hike your rates more than an accident.

The reason why car insurance for teens is expensive is that teens are high-risk drivers, and statistically, males are worse than females. According to data from the Insurance Information Institute which culled data from federal researchers:

Inexperience on the road can lead to accidents, which results in claims. "It's statistically proven that since teenager drivers don't have the experience that their parents have behind the wheel, they take longer to react to certain situations they are faced with when driving," says Charlotte Burr with AZ Insurance Team.

Expect to pay higher rates until age 25, though your premium should drop a bit for every year your teen stays ticket and accident-free, says Penny Gusner, consumer analyst for Insurance.com.

A driving while intoxicated conviction will hike your rates, on average, by 79%, or $1,131 yearly. In many states, a DUI stays on your record for five, seven, 10, or even more, years, so this infraction adds up over time, compared to accidents, which typically drop off your record after three years.

Still, DUI insurance rates vary significantly among car insurance companies. An Insurance.com analysis found you can save up to $2,000 annually by comparison shopping.

Getting cited for reckless driving is a huge red flag for insurers. They will bump up your rates an average of 73% or $1,046.

"A reckless driving ticket is usually enough to cause a large increase in premium because most insurance companies would classify that as a ‘major’ violation,” advises David Miller, VP Client Executive with The Plexus Groupe.

The definition of reckless driving can vary by state but in general. However, if you are out on the road showing a willful or wanton disregard for safety, you may have a reckless driving ticket in your future. Just a few actions that may put one of these tickets on your record:

In addition, this type of infraction may stay on your driving record (and your insurance record) for much longer than a simple speeding ticket or even an accident. Reckless driving is considered a "serious" offense by law enforcement and insurers so expect it to ding your rates for five to seven years depending on where you live.

Insurers put a lot of stock in credit ratings. You’ll pay a higher premiums if yours is sub-par.

"Insurance companies have shown a correlation between those with bad credit and a higher rate of filing claims. Insurance data shows that those who have bad credit tend to make more claims and those claims tend to be more costly," says Gusner.

Car insurance for drivers with bad credit  costs an average of 71% or about $990 more a year than for those with good credit. But, if you shop your policy after a credit ding, you can still save. Insurance.com data show that drivers with bad credit can trim up to $2,000 from their yearly policy cost, on average, by comparison shopping with multiple insurers.

While one speeding ticket on your record is usually not the end of the world, if you get two in a short period of time (think a year or less), your insurer may label you a high-risk driver and your rates will absolutely be headed up.

According to our data, two speeding tickets of 11 mph or more over the limit on your record will result in a 43% increase or $610. A single ticket on your record is a bit more manageable with the rate increase falling in the 22% to 30% range. You will be paying these higher rates for at least three years as you wait for the tickets to drop off your record.

It should be noted that the exact increase will vary by both the state and insurance company.

How much does car insurance go up after an accident?

While we’ve highlighted several instances worse for your rates than an accident, bear in mind that your insurance rates are typically going to spike if you’re involved in a crash. As outlined in the table below, about 26% to 32% on average.

Bodily injury liability insurance covers the costs associated with injuries to the other people involved in the accident. This includes medical bills, loss of income, legal fees if you are sued as well as pain and suffering. A bodily injury claim will bump up your rates 32% or $459 on average.

The rate increase will vary by the severity of the resulting claim (how much the insurance company has to pay out) as well as how many other infractions you have on your driving record.

Accidents and claims tend to stay on your insurance record and impact your rates for at least three years and sometimes five. That varies by insurer. If you have an accident claim on your record and add a second one, expect your premium to go up dramatically.

For example, Insurance.com rate analysis shows that two at-fault property damage accidents over $2,000 triggers a 110% increase, or $1,572, annually. This means that you have two at-fault accidents (and claims) on your record and the insurance company spent over $2,000 on each one. Property damage liability insurance covers others’ property that you damage with your car and while it is mostly repairing the other person's vehicle, it can also be used to repair fences, mailboxes or even landscaping that you managed to run over.

How do I lower my car insurance rates?

Accidents, tickers and other scenarios we’ve outlined will lead to higher premiums but that doesn't mean you are stuck paying sky-high insurance rates forever. There are a few things you can do to lower your premium:

Shop your coverage: Shopping around for different coverage is often the best way to lower your premium. Insurers rate risk differently (they all have proprietary systems) so premiums can vary dramatically between insurance companies. Always make sure you’re comparing apples to apples when it comes to deductibles and coverage levels.

"If your rates have gone up dramatically, you should get quotes from at least three other insurance companies to see if you can find a more affordable rate with a different insurer," advises Gusner.

One thing you should never do is drop your coverage levels to save money. While this may result in savings, it can be a huge financial mistake if you’re involved in a serious accident.

Fight the ticket: While this won't work for most of these infractions, if you find yourself on the hook for a reckless driving ticket (or your second speeding ticket), you should do what you can to fight it. Reckless driving is considered a major infraction so if there is any possibility of getting it reduced you should take it. Hiring an attorney is probably the best option for a major ticket like reckless driving.

The same advice stands for speeding tickets. "We recommend consulting with an attorney even for speeding tickets. In many states, a traffic ticket attorney can get a moving violation ticket reduced to a non-moving violation, which will help keep points off your driving record. This is the key to maintaining lower rates," advises John Espenschied of Insurance Brokers Group.

Discounts: Insurance companies offer many car insurance discounts and they will all help lower your rates. Always make sure you’re getting the discounts you’re entitled to receive. Ask your agent to do a discount review to make sure all available discounts are being applied to your policy. For instance, if you add a car when you add a teen driver, you may get a multi-car discount. Buying car and home insurance from the same company, called bundling, also nets an average discount of 11% on your car insurance, according to Insurance.com data.

Adding a teen driver: Ways to save

An inexperienced teen driver on your policy will bump up your rates no matter what but there are a few things you can do to help lower your costs:

Safe, slow and older car: Older cars tend to be cheaper to insure, and making your teen driver drive a sedan instead of a sports car will absolutely save money. In addition, if the car is old enough, you may be able to dump certain coverages.

Accident forgiveness: "Add accident and violation forgiveness to your auto policy. Not all auto insurers offer this but if you have access to it, you should definitely add it to your policy. If your teenager causes an accident, your rates will probably double or triple without this endorsement," warns Burr.

Rate data -- Insurance.com commissioned Quadrant Information Services to field rates from up to six major insurers in 10 ZIP codes in every state for a driver of a 2017 Honda Accord, age 40, with good credit and full coverage and $500 deductible; increases shown are an average from the base rate.