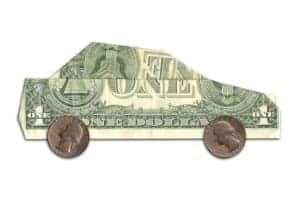 Are there tax implications when you get an insurance settlement after a car accident?

Well, yes and no. The tax specialists we talked to suggested seeking the help of a financial adviser, especially if your situation is complicated. But here are general guidelines that will apply to most people, according to Sue T. Meehan, a tax expert based in New Jersey, and money planners from the American Institute of Certified Public Accountants' 360 Degrees of Financial Literacy website.

The rule of thumb is: If you didn't profit from the settlement, you don't pay any taxes. If your car sustained $10,000 of damage during the crash or other accident, the $10,000 received from an insurer to fix or replace it isn't taxable. The same applies to any financial settlement covering related property damages separate from your car.

What if you were hurt during the accident? Any part of the payout that compensates you for medical treatment is also not taxable. The hospital care could include emergency services as well as ongoing treatment from a doctor. But don't even think about trying to deduct any of the medical costs as a personal expense on your tax forms.

"You can't double dip," says Meehan. "The IRS won't allow you to take a medical expense deduction for an amount that you receive in a tax-free settlement."

The glow fades a bit -- what is taxed

Did you receive compensation for emotional stress related to the accident? If so, the amount is taxable in most cases, but only if it's not connected to expenses for your medical treatment. Any punitive damages you receive are also subject to taxes. (Punitive damage is a term for monetary compensation awarded to an injured party that goes beyond what is necessary to compensate the individual for losses and that is intended to punish the guilty party.)

There are "some exceptions for civil actions for wrongful death," Meehan says, but points out that they can be dauntingly complex and open to legal interpretation. If this applies to you, you're most likely getting advice from a lawyer or financial planner, which she says is necessary.

Steven Gursten, an attorney with Gursten, Koltonow, Gursten, Christensen & Raitt in Farmington Hills, Mich., which specializes in auto-insurance law, agrees. He says the laws regarding car insurance settlements and taxes vary by state, and also depend in some cases on if the state operates under no-fault car insurance laws, as does Michigan.

So, for example, sexual harassment claims are generally taxable because they are for economic loss and emotional injury. But sexual harassment where the first event is a physical assault causing injury or broken bones or bruising would be considered compensatory damages and should be tax-free, Gursten says.

If you were injured and can't work, settlements often cover lost wages or back pay. That can be a relief, knowing that you'll have the same amount of money coming in that you had before. But, like any income, it's taxable in most cases, says Meehan.

The laws stipulating what's taxable from a car insurance settlement also get fairly complex if you live in a no-fault state.

"The most general answer is that economic loss that is itemized will be taxable," says Gursten. But the rule will change depending upon the state. Michigan serves as a good example of being very state- specific.

"Under Michigan's no-fault insurance law, people who are injured in a car accident first turn to their own insurance company. That insurance company is responsible for up to the first three years of lost wages. These lost wages are paid at 85 percent of what that person would have been making if they had not been injured and these are not taxable.

"But, after the first three years, if that same person will still be disabled, then a claim for excess economic loss can be made against the person who caused the car accident. This second claim for lost wages will be taxable as an excess economic claim," says Gursten.

Were you reimbursed for any legal fees you incurred to settle the insurance claim? That's also considered taxable income. But, Meehan notes, you may be able to offset that as a miscellaneous itemized deduction.

Other tax considerations for auto insurance

You may be able to deduct some of your insurance premiums if you're self-employed and use your car on the job, says Leonard C. Wright, a San Diego-based financial planner. The same applies if you're employed but use the car for work-related reasons at least part of the time and aren't being reimbursed for expenses by your employer.

You'll need to determine how much your vehicle is used for work. Do you drive it half the time while on the job? If so, you'd deduct 50 percent of your auto costs, which could include everything from insurance premiums to gas to parking and toll fees. List these as miscellaneous itemized deductions. But you can qualify for these deductions only if they total more than 2 percent of your adjusted gross income.