Tornado! 6 types of insurance that can help you start over 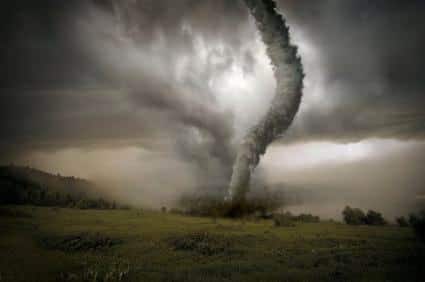 Tornadoes can roar through a community and leave scores dead, countless more injured and financial losses in the billions. Your life can be thrown off course in just a matter of minutes.

Having the following six types of insurance can help restore a bit of normalcy to your life following a storm.

If your home value is declining, it may be tempting to try to save a few dollars by insuring your home for the amount it would sell for instead of its replacement cost. But experts say that's a major mistake.

It's imperative that you have enough coverage to rebuild your home if it's destroyed. Even if your market value has plummeted, building material costs have not, says Jim Quade, AVP and Region Manager Southeast Region at Liberty Mutual.

Digby recommends reviewing your amount of home insurance coverage every couple of years, as well as any time you make a major change, such as upgrading your kitchen or replacing the roof.

If you're concerned about damage to your roof from a tornado, your home insurance should cover it.

Home insurance policies usually cover roof damage caused by fire, vandalism, and “acts of God,” such as hurricanes and tornadoes. However, in some states prone to storms with high winds, such as tornadoes,  coverage may be limited if your insurance company and state laws allow a hail and wind exclusion. These exclusions mean insurance companies don't have to pay for cosmetic damages, just structural damage.  If your carrier has such an exclusion in your policy, it can exclude payments for damage to exterior surfaces, including walls, roofs, doors, and windows from hail or wind if the storm impacts the appearance but not the function of these elements.

Your home insurance policy likely covers your costs if you're uprooted from your home following a tornado or other disaster, Quade says. Such "loss-of-use" coverage reimburses you for living expenses such as hotel rooms and restaurant meals.

There often are limits to the length of time for which you'll be reimbursed and dollar caps on how much an insurer will cover. However, your insurer might grant exceptions to the rule, Quade says.

For example, following Hurricane Katrina, Liberty Mutual waived the limits because a lack of materials and labor delayed rebuilding in many places.

Do you rent an apartment or a home? You might think you don't need insurance coverage because the landlord's policy will cover the building if it's blown away.

However, if you don't have renters insurance, you won't have coverage for any personal possessions. A landlord's polic does not cover your bike, big-screen TV or other possessions.

Also, without renters insurance, you won't have assistance to cover costs associated with a temporary relocation while you wait for the building to be repaired.

If you have a clunker, chances are good you've dropped comprehensive coverage in order to save a buck. But without this type of car insurance, you won't have coverage to help fix or replace your car if it's upended by a tornado or a tree comes crashing down upon it.

You'll need to weigh the costs and benefits of dropping such coverage. If you can't afford to purchase a new car, it might make sense to hold on to that comprehensive coverage even if your car is nearing the end of the line.

The most common way people not eligible for Medicare gets health coverage is through an employer. Employer-sponsored health insurance usually has lower rates than an individual plan. Individual plans, including those on the Affordable Care Act (ACA) exchanges, can be costly. However, if you qualify for subsidies or tax credits, you may be able to find an affordable plan on the ACA exchanges that meet your needs.

For many people, the reality is that they are just a paycheck away from being unable to pay their bills. Disability insurance can help cover bills if you're severely injured in a tornado and are out of work for several weeks or months.

Some employers offer short-term disability, which covers between 13 and 26 weeks. Others have long-term disability insurance which applies for several years, Liston says.

People often think disability insurance is only for those with risky jobs. However, most people who file disability claims get injured outside of work. These policies also offer riders so you can customize your plan to suit your needs.