Home / Other Insurance / Pokemon Go Mishaps What Does Your Insurance Cover

Pokemon Go mishaps: What does your insurance cover?

Pokemon Go, an addictive mobile game that lets you hunt virtual creatures in real life, seems to be everywhere. It's being credited with getting millions of players (aka Trainers) outside, exploring their surroundings, socializing and exercising, which is a very good thing. But the game has also been blamed for leading to overuse injuries, freak accidents, crime and ugly misunderstandings.

If you plan to play, or just be around Trainers, avoid these hazards. It's a (real) jungle out there… 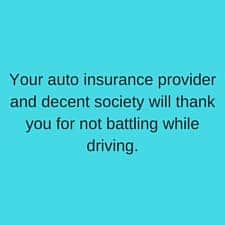 It's only a matter of time before some car insurance company comes up with a discount for drivers who do NOT play Pokemon Go. Because right now, some of those who are playing while driving are wreaking havoc on roadways, and on their liability insurance coverage. If you injure yourself or someone else while playing, expect to pay a steep price. Not only are you financially responsible for damage to people or property resulting from your carelessness; you could even find yourself under arrest.

Your auto insurance provider and decent society will thank you for not battling while driving. In fact, smart players are starting a new trend -- Pokemon Go carpools. Players take turns being the designated driver, while their friends hunt Pikachus and spot PokeStops.

Directing all your attention to chasing virtual prizes makes it easy for hoodlums to rob you of your (real!) money. Criminals target inattentive folks -- people pawing through purses, lost in thought or, yes, staring at their phones -- for theft or worse. Experts recommend being aware of your (real!) surroundings at all times to avoided being culled from the herd.

Crooks are even using the game itself to lure victims to remote places at opportune times. Yes, there is actually a "Lure Module" that's part of the game. It can be used to attract Pokemon (and therefore other players) to specific locations. If you'd never consider going to an unknown place at night while keeping your eyes glued to a small screen (what could possibly go wrong?), don't do it just because a game tells you to.

If you've already learned this the hard way, put in a call to your homeowners insurance company. Your losses are probably covered, and your agent might not laugh at you. Not a homeowner? That's OK -- renters insurance also covers theft outside your dwelling.

Behavior that is creepy or illegal doesn't stop being creepy or illegal just because you're playing Pokemon. Trainers have been confronted by irate parents who thought their children were being followed or photographed in public parks. Grief-stricken relatives have been stunned to find players training Charizards on loved ones' graves.

Don't be silly. It's still illegal to stop and block traffic on public streets -- even if there's a Pokemon standing right there. Following a woman who's being followed by an Ivysaur might get you maced. And trespassing at midnight to Battle isn't just against the law -- it's flat-out dangerous.

Do you know what they say about "free" online services and games? If the product is free, YOU are the product. And Niantic, the game's creator and a former Google startup, is mining players' information.

Niantic can access your camera, your contacts, GPS location, and SD card contents. The game requires an active WiFi or GPS signal at all times, so it knows where you go in real life. More disturbingly, the privacy policy gives the Niantic wide latitude for using this information. The company can sell your personally-identifiable information (PII), share it with third parties, turn it over to law enforcement and even store it in foreign countries with lax privacy laws.

Gary Miliefsky, former advisor to the Department of Homeland Security and CEO of the cybersecurity firm SnoopWall, says the database will be breached. Period. If that makes you queasy, you can uninstall the app. To erase your data from Niantic’s database, however, you must go to its Web site and answer four questions. They’ll send an email confirmation, you reply, and they erase your data. They say the process takes several weeks, though, so you might want to change your passwords after uninstalling the game.

Can you insure against identity theft? Not really. Identity theft insurance, which costs between $25 and $60 per year, usually pays $10,000 to $15,000 to repair your credit history if there's a theft. But it does not cover assets or money lost to identity theft.

Insurance can make life -- virtual and real -- less risky. However, your behavior while playing is the best insurance against unintended real-life consequences.