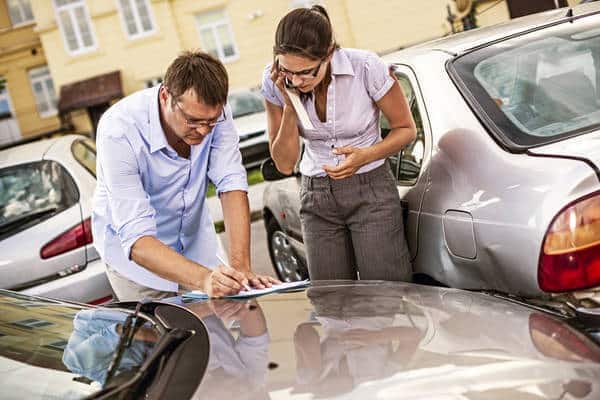 A better economy and lower gas prices are fueling an increase in driving, and that's been accompanied by an increase in traffic fatalities and injuries.

For the first six months of 2015, motor vehicle deaths jumped 14 percent compared with 2014. If that pace continues, it would make it the most deadly year since 2007, according to the National Safety Council (NSC).

At the same time, injuries from traffic accidents soared by 30 percent, while the costs associated with those deaths, injuries and property damage was up by 24 percent.

Even if you never put a ding on your car, you may also wind up paying the price for all those accidents in the form of higher auto insurance rates. Both Allstate and Geico already have announced they'll be raising their auto insurance rates due to an increasing number of claims and more expensive claims. That’s how car insurance works.

"Insurance premiums are based on the cost of claims," says Lynne McChristian, Florida representative for the Insurance Information Institute (III). "When claims costs go up, that's when insurance rates go up."

Allstate said its increased claims came across the board: from all states, from all kinds of drivers.

While it's impossible to say precisely what's causing more traffic deaths and injuries, the NSC says a stronger economy, lower gas prices and lower unemployment rate are leading to more people on the road. "More people can afford to drive, and many travel longer distances and take vacations," the NSC said in a news release.

The increase in driving has been accompanied by 18,630 motor vehicle deaths for the first six months of the year, according to the NSC. That compares with 16,400 deaths during the same period last year. If the rate of fatalities continues, the number of deaths would exceed 40,000 for the first time since 2007.

The number of injuries from motor vehicle accidents in the first six months of the year that resulted in a medical consultation jumped to 2.25 million, up 30 percent from 2014.

"Traffic deaths rise and fall with the economy. We had record low numbers during the recession, so it's not surprising that deaths would increase as the economy slowly recovers," says Russ Rader, spokesman for the Insurance Institute for Highway Safety (IIHS).

In reality, you’re safer than ever

For the first half of this year, there were 1.3 deaths per 100 million vehicle miles traveled.

The enhanced safety features in today's vehicles have led to the sharp decline in deaths per vehicle miles traveled, Rader says.

He expects automotive safety features will continue to have an important role to play in curbing the death rate, "especially as the improved economy leads people to trade in older vehicles for newer ones that are more crashworthy, and that have important safety features like side airbags and electronic stability control." (See “The best new-car safety features.”)

Why your insurance rates are rising

The cumulative cost of the accidents so far this year has totaled $152 billion, up 24 percent from last year. That figure includes things such as medical expenses, wage and productivity losses, and property damage.

Those soaring costs can affect all drivers, even if you've never been in an auto accident.

Both Allstate and Geico reported that they planned to boost rates because they have been handling more frequent auto insurance claims and more severe claims.

Allstate reported an increase in property damage and bodily injury claims among both high-risk and preferred drivers, across state lines, and from customers old and new.

“We are broadly increasing rates to catch up, and then keep pace, with increased loss costs,” Allstate President Matt Winter said during a conference call with analysts on Aug. 4.

The high costs of high-tech gadgetry

The cost of auto insurance claims has been on the rise for a number of years, driven by the increasing costs of medical care and the rising costs of repairing today's vehicles, which are equipped with so much more technology, says Robert Passmore, assistant vice president of personal lines policy at the Property Casualty Insurers Association of America.

On the other hand, the average vehicle on the road is 11.5 years old, and older cars are more likely to be considered a total loss if they're involved in a wreck, Passmore says.

New-car sales are expected to top 17 million this year, McChristian says. While new vehicles are much safer because of the extra equipment and technology, the technology can be a double-edged sword and be a distraction to drivers.

And cell phone usage has a major role to play. The NSC says one-quarter of traffic accidents involve someone using a cell phone.

Even if the economy continues to strengthen, Passmore doesn't think that will necessarily continue to impact traffic fatality and injury rates.

The number of vehicles on the road hasn't risen much in recent years, and millennials are less likely than their parents to even get their driver's licenses. Autonomous cars are being tested on public roads in several states. At the same time, public transportation usage is on the rise, and people are turning to ride-sharing services such as Uber and Lyft, Passmore says.

"I don't know that it (the increasing number of traffic fatalities) is going to be an ever-rising trend," he says.

Reports from think tanks and industry trade groups suggest a dramatic drop in both accidents and insurance costs will become evident a generation from now.

A recent note by Deutsche Bank forecast complete disruption for the insurance industry. The combination of fewer cars on the road, because of ridesharing, and increasing autonomous capability means crashes “will decline to where the difference among driving behaviors becomes negligible and it is difficult to charge a meaningful premium for insurance," the bank wrote. (See “Is this the end of car insurance?”)