Home / Auto Insurance / Dash Cams: What You Need To Know
See how much YOU can save

Dash cams: What you need to know 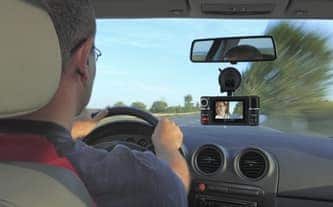 Sales of dashboard cameras are taking off as a growing number of U.S. drivers turn to the high-tech gizmos for protection and peace of mind.

Many buy them in the belief that they’ll save on auto insurance, too.

Here's what you need to know if you're thinking about buying one.

What is a dash cam?

Mounted on or near the dashboard or windshield, a dash cam records video while you're driving.

Police have used dash cams for decades to provide evidence from traffic stops. The technology became available for consumers about 15 years ago, and popularity of dash cams took off in the last few years as prices dropped. Dash cams are even more prevalent in other countries, particularly Russia, where police corruption and auto insurance fraud are rampant. A search for "Russian dash cam" on YouTube yields more than 100,000 results.

A variety of apps are also available to turn your smartphone into a dash cam, although reviews are mixed for how well they work.

How does a dash cam work?

Powered by batteries or off the car -- either hardwired or plugged into the cigarette lighter -- dash cams automatically start recording when you start the car and stop recording when you turn off the engine. The main thing that differentiates dash cams from regular cameras is their ability to record indefinitely in a loop. Once the memory is full -- about 10 hours with a 32-GB SD card -- the camera starts recording over the oldest footage. You can stop the camera and save the footage if something happens. Higher-end models feature a G-force sensor that prevents the camera from overwriting data if the camera senses an accident.

Dash cams come with a variety of features -- wide angle views, night vision, GPS to log your location and speed, and multiple cameras so you can capture what's happening inside and all around the car. Many dash cams also have a stand-by feature allowing them to capture video if motion is detected while the car is parked.

Why would I want a dash cam?

Most people buy dash cams for one of two reasons -- to provide evidence in case of an accident or crime or to keep an eye on their teen drivers. (See “7 reasons to use a dashboard camera.”)

Say, for instance, another driver causes an accident but tries to blame it on you. With video footage, you can show the insurance company you weren't at fault, which could help you avoid a premium surcharge, or you can use the footage as evidence in court if you're sued.

Video footage could also come in handy if you're fighting a traffic ticket for a violation you didn't commit.

Or it could help police track down the thief who broke into your car or the driver who smashed into your parked vehicle and fled without leaving a note.

Many dash cam buyers are using the cameras to monitor their teen drivers. Dual-camera models can capture any shenanigans going on inside the car as well as what's happening on the road.

American Family Insurance provides free use of a dash cam for one year to families participating in its Teen Safe Driver Program. When triggered by erratic movement, such as sudden acceleration, hard braking or swerving, the camera's motion detector turns on the recording switch automatically. The footage is sent wirelessly to a center for review by professional driving coaches. Parents can then review weekly report cards featuring video footage. The footage and reports are confidential -- only the parents, teens and coaches have access.

American Family offers the program in all the states where it's licensed and a 10 percent discount to participating families in Colorado and Minnesota.

Finally, a side benefit of dash cams is the ability to capture unusual sights, whether it's a herd of elk crossing a mountain road or a meteorite falling through the sky, like the one filmed by numerous Russian dash cams in 2013.

How much do dash cams cost?

Most dash cams cost well under $100, although you can spend several hundred dollars on the most expensive models.

The price depends on video quality, number of camera lenses and special features. Pricier dash cams are GPS-enabled, have a microphone to record sounds inside the vehicle, automatically save footage when an accident is detected and can be removed from the car to take snapshots of collision damage.

Can I get a car insurance discount for a dash cam?

Not yet. Insurance companies don't offer discounts for safety and security features until they see a connection between the item and a drop in claims costs.

Besides American Family's discount for the teen driver program, no U.S. car insurance companies offer a discount for using a dash cam. However, a few insurers in the United Kingdom offer a 10 to 15 percent discount for dash cam users.