Defensive driving discount - a way to save on car insurance 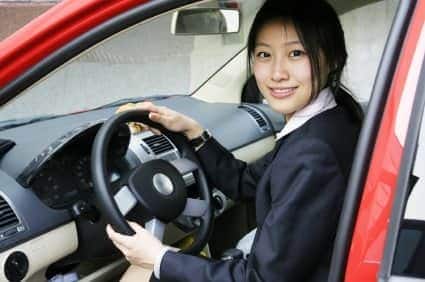 Want to become a safer driver while also making some money? A defensive driving class can snag you a car insurance discount.

Most insurers offer a 5 percent discount in most states, but the amount can reach up to 10 percent with some.

The classes are often sponsored by such groups as AARP, AAA and the Safety Council to encourage better motoring for both older and younger drivers. Courses usually cost from $15 to $100 and are geared to improving driving skills and brushing up on highway laws. The instruction may be in a classroom or online.

"By taking a driver refresher course, you'll learn the current rules of the road, defensive driving techniques and how to operate your vehicle more safely in today's increasingly challenging driving environment," AARP says. "And you'll learn how you can manage and accommodate common age-related changes in vision, hearing and reaction time."

AARP points out that the mandated discounts are for all drivers who take the courses, regardless of their age. However, AARP notes that New Mexico prohibits the discounts for drivers under 50.

The Insurance Information Institute (III) further points out that some, but not all, insurers in non-mandated states offer the discounts for course participation. Also, even some state-mandated insurers don't accept online classes. The III recommends talking to your insurance company or agent to get relevant details for your home state, including how much of a discount you can expect and whether you can go online for credit.

Age requirements are something else to check because they can vary from state to state, insurer to insurer. Some companies (Esurance is one) require older drivers to be more than 55; but others (Allstate is an example) will give a discount for those older than 50. And for younger drivers, many insurers give the discounts for those 25 and younger; others for those 21 and below.

Here's a rundown of what some of the major insurers offer (depending on the state) for both older and younger drivers, according to company representatives and the insurer's website:

Besides providing a rate discount, these courses can also help erase some driving violations that may have hiked premiums. And taking a class can pay off at any age if you have violations because some states trim, or even remove, points from your driving record and require auto insurance companies to give you a mandatory reduction in your premiums after class completion.

James Solomon, a defensive driving specialist with the National Safety Council, says a point-reduction course can result in a mandated 10 percent discount on your auto insurance in some states. And the rise in good driving habits can be lasting.

"With people that take the course just for a ticket, we find anywhere from 75 percent to 85 percent in the next five years don't have a citation or a crash," he says.

Eric Madia, auto product vice president for Esurance, recommends taking a course after a violation because "having a speeding ticket can increase your annual premium from 5 percent to 20 percent. In some cases, it's a pretty big pop to your insurance premium."

While a defensive driving class usually costs from $15 to $100, a course that reduces driving points may be more. Again, check with your insurer or state department of motor vehicles to get the exact cost and where you can take the course, whether in a classroom or online.

As for class length, Solomon says they usually last from four to eight hours, noting that either the state or individual insurance companies determine the length and type of course required for a discount.

Once you've completed the course, your car insurance company will require proof you took the class, which usually involves sending in a certificate. Your insurer should be able to provide you with a course near you that it will accept.

Madia says to be sure to put your polished skills to work once out of the classroom. "You could lose the discount if you were to get into an accident," warns Madia, "Some companies take away the discount if (they think that) the course didn't work."

Most companies and states will allow you to renew the training (and discount) every three years.