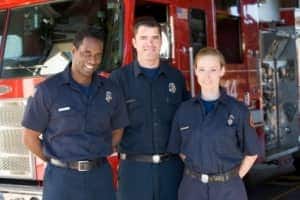 Librarians, police officers, scientists, pilots and teachers are a diverse bunch, but they all have one thing in common: They qualify for car insurance discounts with some insurers.

Your job might not seem like it has anything to do with how you drive. But car insurance companies have found that people in certain fields are less risky than folks in other occupations. (See: "Find cheap car insurance in 8 easy steps.")

Many insurers consider education and occupation when they set rates, although they don't advertise exactly how much that affects the premium you pay. Some car insurance companies, though, promote specific discounts for people who work in or have degrees in particular fields. Those who qualify for discounts with some companies include:

Driving habits and your occupation

Does practicing medicine or law or studying mechanical engineering make you more responsible? Not necessarily. Insurance companies don't have to prove cause and effect when setting rates. They only have to show a relationship between rating factors and risk. (See: "Got a ticket? You could be paying for years.")

"People within those professions have a lower frequency of claims," says Pavel Levitanus, a Farmers Insurance agent in Laguna Hills, Calif.

Why? A variety of things come into play.

These workers tend to work in the communities where they live, so they probably don't commute long distances. First responders may speed down the road in emergencies -- but not in their own vehicles, and they tend not to work from 9 to 5. Think of the firefighter who works 24-hour shifts.

"They're not driving out there in rush hour every day," Country Financial spokesperson Jeff Muniz says.

That means they're at lower risk for accidents.

"These are people who protect us and take care of our kids. They've given so much to our community," Muniz says. "This is a way we can give back to them."

Geico is among companies that offer discounts to military service members and members of several military professional organizations. Retired members and those on active duty, as well as National Guard or Reserves members, can qualify for up to a 15 percent discount.

Discounts vary by occupation, insurance company and state. Some insurers, such as Farmers, offer discounts for a long list of occupations and areas of study. Others offer discounts to only a few or none at all. A company might get regulators' approval to offer a discount in some states but not in others.

Country Financial's occupation discounts, for instance, are not available in Alaska, Georgia or Tennessee, and its discount for teachers is up to 5 percent in Kansas, versus 10 percent in other states where it's available.

Rules for qualifying for discounts also vary by field. To qualify for Mid-Century's discount in California, doctors, nurses and other health care providers must have a license to practice; a degree alone doesn't suffice. But folks who toughed it out in college and earned at least a bachelor's degree in engineering, math or science qualify for the 18 percent engineering or science discount, even if they work in other fields.

Levitanus says to be sure to ask about professional and business group discounts when you get car insurance quotes. You might qualify, even if you're retired, he adds.