What to do if your car is stolen You don't have to live in one of the top cities for car-theft or own one of the most-stolen vehicle models to have your car snatched.

More than 750,000 drivers have their cars stolen each year, according to the National Highway Traffic Safety Administration (NHTSA). Forty-two percent of stolen vehicles are never recovered.

So what do you do when you can't find your car?

Here are eight things to expect when your car isn't where you expect it to be.

Make sure it's really gone

Confirm your vehicle has actually been stolen. Rack your brain and make sure you're standing exactly where you parked your vehicle. Are you on the right level of the parking garage, or possibly in the east parking lot while your car is in the west?

You are not the first person to misplace a car. If you're sure you're in the right spot, check for "no parking" signs or any other reason your vehicle may have been towed. Finally, confirm you have not been visited by the repo man. This is absolutely a possibility if you're behind on your payments.

Once you're sure the car is actually gone, call the police. Phone the police and file a report. Give them a detailed description of the vehicle as well as the VIN and license plate number. The police will take down all relevant details, and then the search is on.

The big question is, will you ever see your ride again?

Progressive Insurance analyzed its auto insurance claims several years ago and found that roughly 46% of stolen cars were recovered nationwide. Recovery rates varied widely by state. If you live in Washington, with a 71% recovery rate, your chances are good. Not so much in Michigan (19%). The NHTSA cites slightly higher recover rates based on more recent data. It says 59% of stolen vehicles are recovered.

The police will add your vehicle information to state and national databases that will make it harder for the thieves to sell your vehicle.

But what happens if you file a comprehensive claim for your stolen car, buy a new one and then your old vehicle is found? Your car insurance company will own the recovered auto. The insurer may let you buy it back if you want or it may salvage the car.

Ask your car where it's located 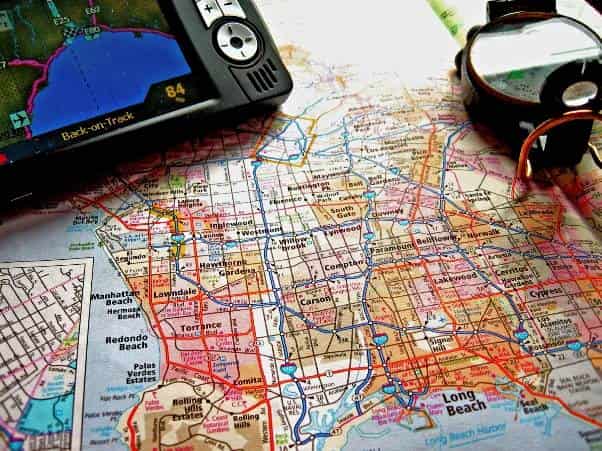 New cars are loaded with technology. Many of them can help the police locate your vehicle. General Motors’ OnStar system or Toyota's Safety Connect are examples. Hyundai's Blue Link can help police locate the car and even reduce the engine power to slow it down.

Many new cars have similar features; check with the police to see if your vehicle can help you find it.

Some pay-as-you-drive car insurance plans – the kind that measure your mileage and driving behavior – include GPS tracking as a way to deliver roadside assistance or summon an ambulance. They can also help track a stolen car.

Others, like Progressive’s Snapshot, don’t use GPS at all.

Last, if you’ve bought an aftermarket tracking device, such as LoJack, this is where it pays off. Not only do car insurers reserve their biggest anti-theft discounts for devices that actively locate a stolen car, some manufacturers will refund the price of the device or even pay you a settlement if the car isn’t recovered.

Call your insurer and lender

This should be your very next call after the police. "Call right after making the police report," advises Penny Gusner, consumer analyst with Insurance.com. "If you wait, it may look suspicious."

If your car is financed, notify your lender as well.

You should call your insurance company even if you carry just liability, Gusner says, to protect yourself if the thief causes damages to other people or property with your vehicle. Typically, if you weren’t negligent, you’re not responsible for damage caused by the thief.

When you contact your insurer, have the following information handy:

Does auto insurance cover a stolen car: Find out Comprehensive coverage will pay to replace your vehicle.

"Comprehensive is much, much cheaper to buy than liability or collision,” says Michelle Megna, editorial director at Insurance.com. "And it’s pretty much a catch-all for everything that happens to a car that’s not a collision: theft, vandalism, fire, even hitting a deer.”

Insurance.com's rate data show that the average driver’s yearly expenditure on comprehensive coverage is $192, though that amount varies by state and the value and theft record of the car insured.

Most insurance companies will sell you comprehensive coverage even if you don’t buy collision. “If I drove a theft-prone car like an older Honda, I’d call it money well-spent,” Megna says.

If you carry only liability, bad news: Recovery of the car is your only hope.

Don’t expect a rental unless you’ve bought rental reimbursement coverage. Even then, you’re typically limited to no more than 30 days with daily limits of $25 to $30. If your vehicle is found, immediately notify your insurer. Comprehensive will pay to repair your vehicle if the thieves managed to put in a few fresh dents. You would owe the deductible amount.

Most insurance companies have a waiting period of 30 days before declaring the car gone for good. After that point, your insurer will pay out the "fair market value" of your car – the price an identical car would bring on the open market. It’s somewhat negotiable if you can find comparable values.

Your deductible will come out of the settlement check, and so will anything owed to lienholders.

Most comprehensive claims won’t drive up your rates, Megna says. Unfortunately, any valuables left in your vehicle usually aren't covered. But your homeowners insurance might kick in.

Your car may be found after you settle the claim. If so, the car belongs to the insurance company.

Keep up the payments You should keep making both your insurance and car payments until the case is resolved.

A theft doesn't affect what your bank is owed. That’s why lenders require that you purchase comprehensive and collision coverage. Your obligation to the financial institution ends only when the loan is repaid, whether you have a car in the driveway or not.

You’ll want to keep up your insurance payments for a couple of reasons.

First, if you intend to replace your car, a gap in coverage greater than 30 days will sharply increase the amount you can expect to pay for insurance. Some carriers won’t touch a driver not currently insured, Megna says.

Second, your personal insurance coverage typically covers you in a rented car as well. Otherwise, you might need to buy liability and collision coverage through the rental agency.

Last, until you suspend on the registration on the car, you are obligated in virtually every state to keep at least liability coverage on it.

Prepare for the third degree Expect some tough questions if your claim appears even slightly suspicious. Don't take it personally.

Roughly $80 billion in fraudulent insurance claims are made every year, according to the Coalition Against Insurance Fraud. A fair number of car theft claims are what the industry calls “owner give-ups” – thefts made with the cooperation of the insured owner.

Investigators may look into your financial history, such as late payments, or your phone records and posts you may have made on social media. Adjusters will often record conversations, and at times it may feel like an interrogation.

Among the potential red flags: