It’s not the car – it’s the teen driving it 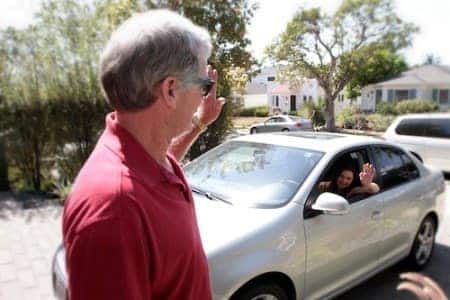 My husband and I have bought a third car.  My car insurance company wants to make my teenage son the primary driver of that car. What does this mean?  Does that cost extra money?

You will be paying more for adding a teen to your car insurance mostly because car insurance for teens is expensive. You're premium increases because of your teens risk profile. Your rates will be higher even if your teen is not listed as a primary driver on one of your vehicles.

For example, we compared rates for married Washington state homeowners, both 44 with clean records, insuring a 2015 and a 2012 Ford Fusion. They have full coverage (100/300/50 plus comprehensive and collision with $500 deductibles, plus other state-mandated personal coverage). Using the cheapest rates we found in each case, here’s the kind of change they saw when adding drivers and vehicles:

Your teen will be cheaper to insure with each passing year if he keeps a clean record. And there are additional ways to slice your bill. Teen car insurance is expensive, but they can get their own policy. The couple above could:

So why does an insurer assign primary drivers?

Insurance companies like to assign each car to one primary driver.  That person, the primary driver, is the one whose driving record and risk profile are used to calculate its rates.

When you added a third car to a household of three drivers, your insurance company automatically assigned the third driver, your son, to the new vehicle.

A teenager as primary driver will mean more expensive rates for that car. Teenagers pose a lot more risk, and as primary he is assumed to drive more than he would as a secondary driver.

If you have the option, ask your insurance company to assign your teen driver to the least expensive car you own, whether he is primary or secondary. (Some automatically assign a teen to the most expensive car.)

You can ask your insurance company about excluding the teen from some of your cars. Some allow this; others don’t.

Hammer home the need for good grades. When car insurance bills are this high, a 10 percent discount on the teen’s coverage can be substantial.

Review the basics on finding cheap car insurance. Generally, that means comparison shopping to find the best rates, then looking for discounts such as bundling your home and auto coverage. Discounts are nice, but they’re typically capped at no more than 25 percent of your premium. The difference between insurance companies can easily be more than that amount, especially when you’re insuring a teen driver.