Home / Home & Renters Insurance / Does Homeowners Insurance Kick In When There's A Power Outage?
See how much YOU can save

Does homeowners insurance kick in when there's a power outage? 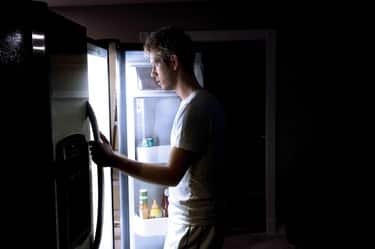 Damage or loss from power outages is ordinarily covered under your homeowners policy if the power outage occurs on your property and is not general and widespread.

Reimbursement for food lost in a power outage

If you lose a freezer full of pricey steaks when your power is out, will your homeowners insurance cover the cost? Probably. However, insurance coverage for power outage losses can vary among providers. Your reimbursement for loss of food in a power outage depends on your actual coverage. Consider these factors:

Because so many variables depend on your individual carrier and policy, don't make any assumptions about your power outage coverage. Read your policy carefully, to see if food spoilage is specifically excluded within your list of exclusions. If you're still uncertain about whether or not you are covered, contact your insurance agent and ask him or her to explain your protections.

Check with your power company to determine whether or not it will reimburse your insurance deductible, food spoilage or other damage you can attribute to a power outage. Some may, depending on the reason for the outage.

If you experience an extended power outage and spend a night or two in a hotel, will your homeowners insurance reimburse you? Generally not, unless the cause of the power outage -- for instance, a storm or fire -- makes your home uninhabitable. You don't get a free hotel room because you're bored without television and hate PB and J. If your home is truly unusable, your insurance kicks in to provide temporary housing (this coverage is called additional living expense or ALE) until your residence can be repaired.

Typically, reimbursable out-of-pocket costs include hotel bills, apartment rent and restaurant meals. Normally, ALE covers the extra expenses you incur because you can't live at home. If you usually spend $500 a month for food, and now it's costing $750 a month because you can't cook at home, your insurer may pay $250 for the additional cost of food. For lodging, you won't get reimbursed for better digs than you normally occupy. If your home is a two-bedroom condo in town, you can't rent on the beach-front resort, courtesy of your insurer.

Your maximum coverage depends on the limits set by your insurer. As a general rule, maximum ALE benefits can be up to 20 to 30 percent of the total insurance on your home. So, if your dwelling coverage is $200,000, your ALE coverage would be limited to $40,000. You can increase this coverage by purchasing an additional endorsement. Some insurers sell policies that don't limit the amount of ALE coverage, but they do limit the amount of time you can live elsewhere on their dime.

If you have to move out of your home, file an ALE claim as soon as you can -- many insurers will advance you the money needed to move out. The policy typically continues to cover your expenses for the amount of time that it will "reasonably" take to make your property habitable again, or until your coverage is exhausted.

If you don't have surge protectors for all of your expensive electronics, get them now, and unplug your prized electronics during thunderstorms. Whether or not your insurer covers power surge damage, prevention is still the best strategy. If, despite your best efforts, a power surge destroys your electronic equipment, you might be covered and be able to file a power surge damage claim. It depends on the cause of the power surge and the extent of your coverage.

Damage to electronics falls under personal property coverage. According to the Insurance Information Institute (III), personal property damage from lightning strikes is covered under basic and broad homeowners insurance policies. Damage from power surges caused by the "sudden and accidental damage from artificially generated electrical current (does not include loss to a tube, transistor or similar electronic component)" is covered by all except H0-8 and Basic H0-1 home insurance policies.

Most policies limit personal property reimbursement to between 50 to 70 percent of the dwelling coverage amount. While your family's entertainment system should be covered, many policies limit amounts for electronics designed to be used in a vehicle and property used in a business, according to the National Association of Insurance Commissioners. If you have a home office, your computers, monitors, etc., might not be fully covered. If you have expensive business electronics, consider purchasing additional coverage for them.

What if a power outage shuts down your heating system, and this causes your pipes to burst? The resulting winter homeowner claim and personal property damage should be covered, says the III. "Freezing of a plumbing, heating, air conditioning or automatic, fire-protective sprinkler system, or of a household appliance" is included in all but the most basic H0-1 policies and H0-8 policies.

However, if your pipes burst because you neglected to leave the heat on while you took a vacation, or you forgot to pay your power bill, that's your problem. Prevention is the way to go, by insulating pipes, draining your hoses, and setting the thermostat no lower than 55 degrees. Leaving town? Shut off the main water supply and drain the system by opening all faucets and flushing the toilets.

If you live in an area prone to extended power outages, it may make sense to get a gas generator for emergencies. But does having one affect your insurance rates or reimbursement amounts?

The first thing you need to understand is that there are two different kinds of generators:

No one wants to pay more than they have to for homeowners insurance. You can find lower-priced policies by shopping online, which allows you to compare insurance quotes easily. Other strategies include: