Home / Home & Renters Insurance / Homeowners Insurance Survey 2018: Almost Half Don’t Understand Liability Home Insurance, A Quarter Have No Idea How Much They Have
See how much YOU can save

Homeowners insurance survey 2018: Almost half don’t understand liability home insurance, a quarter have no idea how much they have 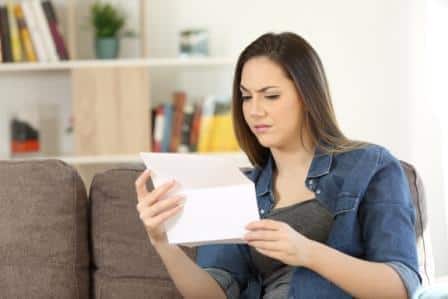 The survey also found that many homeowners aren't shopping around to get the best coverage for the best price. One-third don't compare home insurance rates to make sure they're getting the best deal.

Additionally, the survey found that nearly a quarter said they’ve never read their policy. That could leave them vulnerable and underinsured.

The survey found that many respondents didn't comprehend or are confused about parts of their home insurance policy.

More than one-fifth thought it deals with damage to your home. Slightly less answered that it covers injuries for you and your family.

While only 44 percent of people between 25 and 34 understood the coverage, more than half of people in all the other age groups answered correctly with 85 percent of homeowners 65 and over understanding liability insurance.

The majority (84 percent) incorrectly thought that you pay a deductible on a home insurance liability claim, while just 16 percent correctly knew that you don’t.

Much like liability insurance, women were more likely to understand medical payments. Twenty-eight percent of women answered correctly, compared to 22 percent of men.

Concerning replacement cost, slightly more than half (52 percent) answered correctly that it's the cost to repair damage to your home or rebuild it completely at equal quality at current prices. One-third of respondents thought replacement costs deal with personal items damaged or stolen at a depreciated value.

When it comes to personal property coverage:

Still, some respondents will likely be surprised if they file a personal property home insurance claim. Such claims come with a deductible you must pay. But 15 percent incorrectly said you don’t have to pay a deductible.

Though many homeowners didn't know basics about their home insurance coverage, most understood flood insurance and how credit affects insurance rates.

Though flood insurance costs can vary depending on where you live and if you buy from a private company or the federal program, the average yearly cost for a policy bought from the National Flood Insurance Program is $700. When asked how much flood insurance costs, 18 percent answered correctly. Forty-four percent thought it was much more expensive than that, 38 percent thought it was several hundred dollars cheaper.

Nearly every state allows insurers to use your credit when figuring out rates. Insurance companies believe that a person's credit history indicates a person's risk. The theory goes that homeowners with a poor credit history are more apt to file claims.

Many homeowners don't tell insurers about renovations, other changes

Renovating your home usually increases the value of your home. That could be whether it's an addition or a new bathroom. Insurance.com's survey found that 87 percent of people told their home insurance company about an addition or a new deck and 67 percent informed their insurer about a home renovation project that didn't add to the footprint, but increased the home's value.

Homeowners might not know they should contact their insurer in these cases. However, not telling your insurer about these situations could mean you're not adequately covered if someone files a claim later. Also, you might not have enough insurance to cover your renovated home without improving your coverage.

Many homeowners don't shop around for home insurance

The survey found that one-third of homeowners don't ever compare home insurance rates to make sure they're getting the best deal. That includes 39 percent of women and 24 percent of men.

These results show that many homeowners may be paying more for their insurance. It's a good idea to get multiple quotes from companies each year or at least every two to three years. That way you can make sure you're getting the best deal. Insurance.com’s average home insurance rates tool shows rates by ZIP code, as well as the highest and lowest rate fielded from up to six insurance companies. You’ll see that the difference in price for the same policy can be hundreds, or even thousands, of dollars. That’s why it’s important to compare rates – you can wind up overpaying if you don’t.