Home / Auto Insurance / Driver's License Points: What You Need To Know
See how much YOU can save

10 things you need to know about driver’s license points 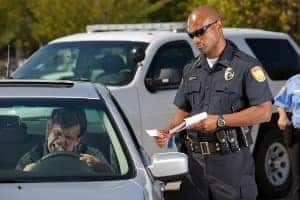 Scoring points is a good thing, unless it's on your driving record. Still, if you know how your state's point system works, you'll have a better game plan for keeping your license -- and your auto insurance rates low.

Here are 10 things every driver should know:

1. Auto insurance companies don't rely on state motor vehicle department point systems -- they use their own.

Both state motor vehicle departments and insurance companies use point systems to track your speeding tickets and other violations, but they are separate assessments. DMV points are applied when you are convicted of certain traffic violations. If you accumulate too many points within a certain period of time, your license is typically suspended or revoked.

Insurers don't generally pay much attention to DMV points because they use their own point system when deciding how much to raise your rate. Insurers use their own proprietary point systems or the system that is based on the guidelines set up by the Insurance Services Office (ISO). In some states, Minnesota and North Carolina for example, state regulators set up the point system used by insurers.

Insurers assign point values to the various motor vehicle offenses you rack up out on the road. You will receive more points as the seriousness of the infraction increases, while a speeding ticket may only be one point you could be looking at six points for a DUI or reckless driving conviction.

The more points you manage to accumulate, the more likely it is that your insurance rates will also be headed up. Once you hit a certain point threshold (it varies by insurer) your policy will be surcharged to better reflect the risk you present.

Surcharges are basically an insurance penalty that you pay for bad driving. Your premium will increase by a predetermined amount at certain thresholds.

"For example, one Minnesota insurer assigns four points to a chargeable accident with a claim of $750 or more, and three points to a speeding conviction for 10 miles per hour over the limit. Its surcharge schedule shows the rate for a driver with seven points would be multiplied by 1.27 -- that is, a 27 percent increase," says Penny Gusner, consumer analyst for Insurance.com.

2.Not all states use point systems.

There are nine states that don’t use points to keep track of bad drivers, but that doesn't mean you're off the hook if you rack up violations. These states simply monitor your driving record to determine if your license should be suspended or taken away. For instance, in Oregon, if you have four accidents or four convictions -- or a combination that totals four -- in a 24-month period, you lose your license for 30 days. And because auto insurers review your driving record, violations can affect your rates.

States that don't currently have a driver’s license points system are:

3. Violation points add up and can result in losing your license.

Most moving violations result in points on your record. For example, reckless driving, speeding, illegal turns, not making a complete stop, drunken driving and at-fault accidents all incur points. Each state assesses points under its own laws, but the more serious the violation, the more points you get. Penalties for too many violations or accidents on your record vary greatly from state to state.

In California, points ranging from zero to 3 are assigned based on the severity of an offense. Your license will be suspended for six months and you'll be on probation for a year if you get:

4. Some violations don't trigger points, but you still have to pay the ticket – and insurance increase.

In general, non-moving violations and minor offenses will not result in a point assessment. That means parking tickets and fix-it tickets for things like broken lights will not add points, though you still have to pay the fine. In some states, though, serious violations such as DUI mean an automatic license suspension, so no points are given, but your auto insurance rates will certainly go up.

A texting ticket will increase your car insurance rates by an average of 23 percent, or $346, a year, Insurance.com found by analyzing rates from up to six major insurers for 10 ZIP codes in each state. Not all insurers hike rates for texting tickets, though. And, it's illegal to do so in Idaho and North Carolina. But if you do get dinged for a texting ticket, the amount of the insurance increase depends on your state laws and driving record, among other factors.

States with a texting law specifying that violations add points and/or is considered a moving violation include:

6. Points can stick to your record for one to 10 years, depending on the violation and your state laws.

In many states, driving record points dog you for two to three years for lesser offenses, but there are exceptions. For instance, in Virginia and Michigan, points stick for two years from the date of conviction. In California, points for minor offenses remain on your record for three years, but DUI and hit-and-run points last for 10 years. In Nevada, points stay on your record for just a year, but major offenses including DUI result in automatic license suspension, rather than points.

7. If you get a ticket and points on your license, there are ways to ease the insurance pain.

While you will almost always pay more for insurance if you have points on your license, there are a few ways to lower your insurance costs:

8. Some states assign license points even if you're not driving a car.

In Michigan, if you are convicted of DUI on a snowmobile or other off-road recreational vehicle, points can  haunt your driving record.

9. When children are involved, seatbelt tickets may mean points.

You won't typically get points if cited for failing to wear your seatbelt, but in New York, if you are ticketed for having a child in the car under age 16 without a seatbelt, the violation adds 3 points to your driving record. A seatbelt ticket will raise your rates by an average of three percent.

10. In some states, if you're busted by a red-light camera, you get a ticket but not points.

Typically, if you get a ticket for running a red light, you also get driver's license points. But in some states, if you are caught by a red-light camera, you don't get points. Other states tack on points for running red lights regardless of whether a camera or a cop busts you. For example, Arizona assesses 2 points for red-light tickets, from either a camera or law enforcement. New Jersey, however, tacks on 2 points only if you get a traditional ticket from a police officer.