Vehicles with the most and least violations

Is there a link 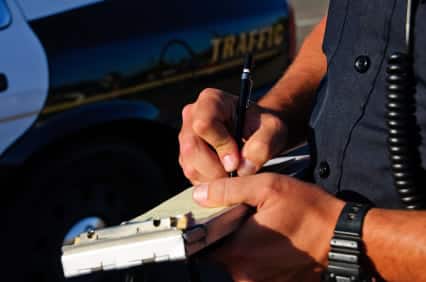 between the type of vehicles folks drive and the number of moving violations they rack up? A recent study by San Francisco-based Quality Planning Corp. 'a firm that validates policyholder information for car insurance companies' clearly demonstrates that what we drive affects how we drive.

The study identified 10 vehicle makes and models its authors characterized as "spirited," and another 10 vehicles described as "cautious."

The spirited vehicles had the highest percentage of violations per 100,000 miles driven, according to Quality Planning Corp. Topping the list was the Mercedes-Benz SL-Class convertible, with four times the number of violations compared to the national average.

Vehicles with most violations

Racking up violations will increase your car insurance rates. So in addition to the expense of the tickets, drivers of "spirited" vehicles may also pay bigger insurance bills. You'll have to pay high-risk auto insurance because you're in a higher risk category.

John O'Dell, senior editor at Santa Monica, Calif.-based Edmunds.com, noted that most of the suspects on the list are "peppy vehicles."

He also says Mercedes drivers tend to speed more often than drivers of other vehicles.

However, O'Dell notes that powerful engines weren't characteristic of every vehicle on Quality Planning's list.

"Any vehicle on the road can exceed the speed limit," he says. "The Scion tC is not thought of as having a big, turbocharged racing engine. But it's designed as a sports coupe, and that appeals more to younger people who see themselves as sporty drivers."

James Bell, executive market analyst for Irvine, Calif.-based KBB.com, says motorists who drive the most-ticketed cars are likely to fall into one of two groups:

Quality Planning's study also identified the most "cautious vehicles." The Buick Rainier and Mazda Tribute topped this list, which is dominated by American-made sedans, minivans and SUVs.

Indeed, Quality Planning noted that eight of the top 10 on the cautious vehicles list were SUVs or minivans, classes of vehicles often used for ferrying passengers and children, including those in car seats.

That suggests it's the act of carrying passengers rather than a make or model that may spell the difference in the driver's violations, according to the study's authors.